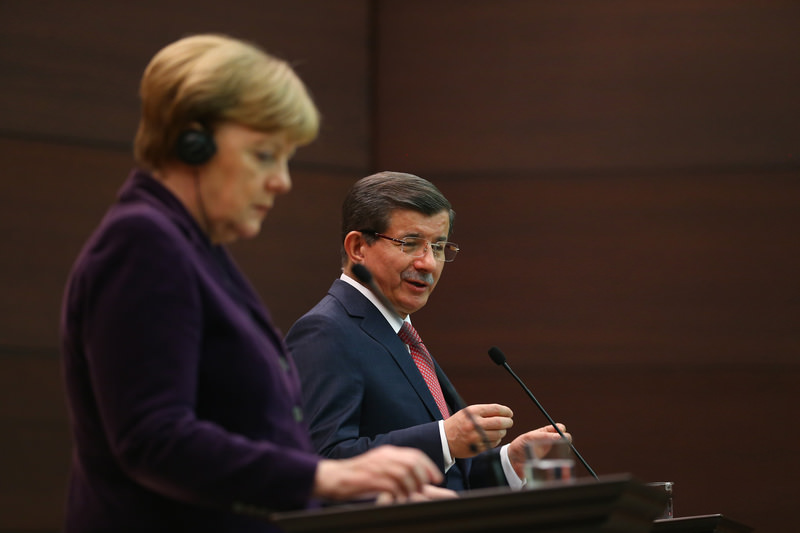 by Daily Sabah Feb 14, 2016 12:00 am
Prime Minister Ahmet Davutoğlu told German Chancellor Angela Merkel that Turkey will not let the YPG to continue its aggressive activities in northern Syria.

During a phone conversation on Sunday, the Turkish premier told Merkel that Turkish security forces will continue to give necessary response to the PYD or the YPG attacks in Syria.

The regime, which Turkey accuses of cooperating with both the PYD and Daesh in its crimes against the people of Syria, urged the Security Council to stop Turkey's violations.