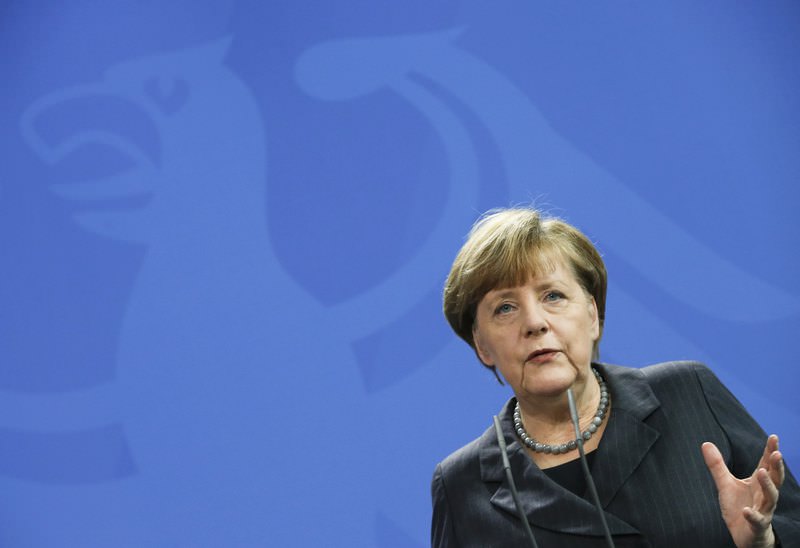 by Daily Sabah Feb 15, 2016 12:00 am
German Chancellor Angela Merkel said on Monday that she supports Ankara's proposal for a no-fly zone in northern Syria.

"In the current situation, it would be helpful if there were a designated airspace in the area – a kind of no-fly zone," Merkel told the Stuttgarter Zeitung daily.

"If it were possible to make such an agreement between … moderate opposition forces and [Bashar] Assad supporters, that would be helpful," she added.

She also pointed out that no negotiations with the DAESH terrorist organization should be on the agenda.

Describing the current situation in the war-torn country and the ongoing fighting between forces loyal to the Syrian regime, moderate opposition forces, DAESH and the PKK's Syrian-affiliate Democratic Union Party's (PYD) armed People's Protection Units (YPG) as "infinitely complicated," she supported the proposed no-fly zone in Ankara where requests were consistently being made.

The bombings in and around the city of Aleppo, "especially by the Russian military," have all made the situation even worse, Merkel said, adding that every diplomatic effort should also be attempted.

Russia, the staunchest ally of the Syrian regime, has vetoed all draft proposals at the U.N. Security Council, envisaging any military measures on the administration. Now, in 2016 the gridlock in the war-torn country has been permeated by Moscow's heavy bombing of opposition areas and the deafening silence from the United States over atrocities committed by the regime and its allies.

At first, Ankara gathered few supporters regarding its proposal of a safe zone. France was one of the strongest backers of the idea, which would prevent tens of thousands of people from getting killed in airstrikes and stop DAESH militants from increasing their influence in the country. Had EU countries agreed to the proposed safe zone, these countries would not be currently facing the biggest migrant crisis to rock the continent since World War II.