Turkey, EU nations to meet ahead of summit to discuss refugee crisis 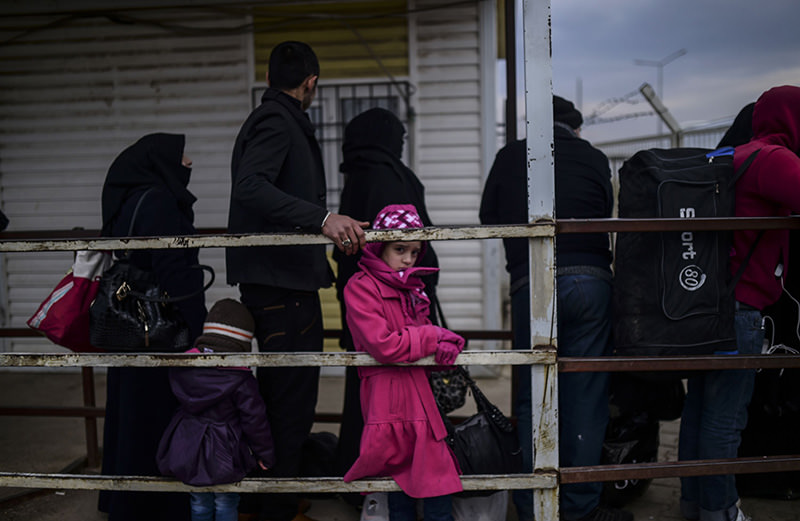 Syrian refugees wait in front of the u00d6ncu00fcpu0131nar crossing gate to go back to Syria, near the town of Kilis, in south-central Turkey, on Feb 11, 2016 (AFP)
by Daily Sabah with Reuters Feb 15, 2016 12:00 am
Turkey, France, Germany, other EU nations are expected to meet before an EU summit in Brussels on Thursday to discuss the refugee crisis that is worsening due to a growing number of people fleeing airstrikes in Syria.

An assault by Russian-backed Syrian government forces around the city of Aleppo has sent more than 30,000 people to the Turkish border and officials say tens of thousands more could be on the move, hoping eventually to reach Europe.

Russian war planes have been bombing around the Syrian city of Aleppo in support of a Syrian government offensive to recapture the city, sending tens of thousands of people fleeing to the Turkish border.

Last week, President Recep Tayyip Erdoğan said there was a chance that the new wave of refugees would reach 600,000 if Russia's airstrikes continue.

An EU diplomat said, "The pre-summit-meeting will take place in the Austrian EU embassy this Thursday at midday," adding that around 11 countries including France and Germany would meet with Prime Minister Ahmet Davutoğlu.

A second diplomat confirmed the meeting and that France would likely be present.

All 28 EU leaders are scheduled to discuss their latest response to the refugee crisis at the summit on Thursday and Friday in Brussels.

President Erdoğan said the Syrian crisis could not be resolved without safe zones, and said that ways of keeping Syrians in their country needed to be sought.
Last Update: Feb 15, 2016 4:12 pm
RELATED TOPICS