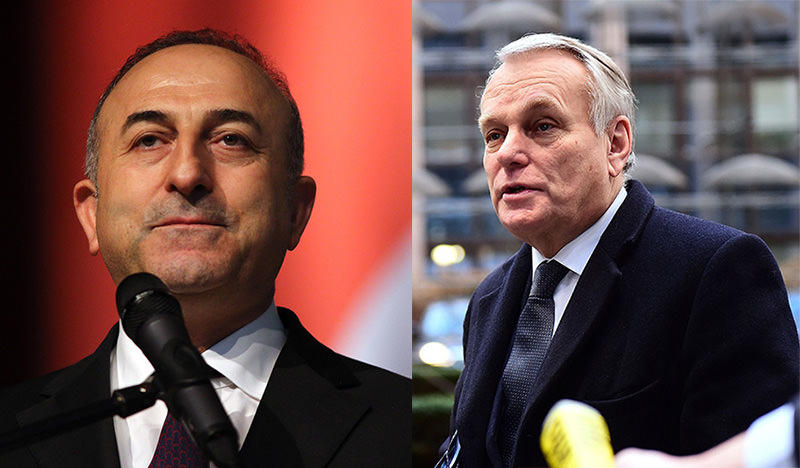 by Daily Sabah with Reuters Feb 16, 2016 12:00 am
Foreign Minister Mevlüt Çavuşoğlu spoke with his French counterpart on the phone and expressed Ankara's dissatisfaction with French foreign ministry comments regarding Turkish operations against PYD targets in Syria, diplomatic sources said.

The French Foreign Ministry called in a statement on Sunday for Turkey to halt bombardments of YPG zones in Syria after the Turkish army shelled YPG targets.

Çavuşoğlu subsequently requested a call with French Foreign Minister Jean-Marc Ayrault and spoke with him on Monday, the sources said.

The French Foreign Ministry called on Turkey to halt bombardments of zones controlled by the PYD in Syria, the ministry said in a statement on Sunday.

"France is worried about the deteriorating situation in the region of Aleppo and the north of Syria. We call for the cessation of all bombardments, those of the regime and its allies on the entire territory and those of Turkey in the Kurdish zones," the statement said.

Turkish artillery has returned fire "in kind" into Syria, military sources said on Tuesday, marking the fourth straight day of shelling by the Turkish military.

Turkey on Monday warned YPG in northern Syria they would face the "harshest reaction" if they tried to capture the town of Azaz near the Turkish border.