Russia heeds UN Security Council when the topic is Turkey 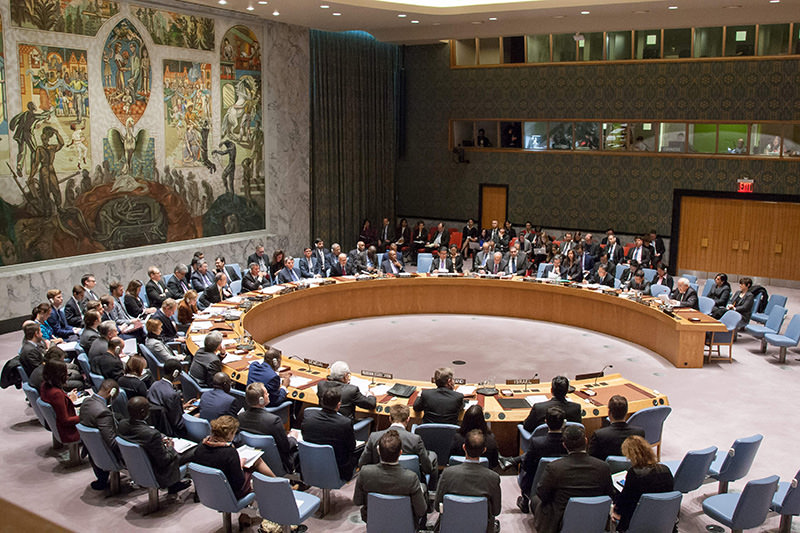 Ban Ki-moon briefs Security Council during meeting on the situation in Middle East, Palestine Jan 26, 2016 at UN in New York. (AFP)
by Daily Sabah with Reuters Feb 16, 2016 12:00 am
The United Nations Security Council will on Tuesday discuss Turkey's shelling of PYD targets in Syria at the request of Russia. The closed-door discussion is expected to take place in the morning after the council discusses the humanitarian situation in Yemen.

Turkey shelled YPG positions for a third straight day to try to stop its fighters from seizing Azaz, just 8 km (5 miles) from the border.

Amidst YPG and Russia's actions in undermining collective efforts in Syria for a ceasefire despite the Munich deal, Russia sent the U.N. an official request saying the country was "deeply concerned by the use of force by Turkey against the Syrian territory."

Russia's request came after the country itself struck hospitals and schools in Syria on Monday, killing almost 50 civilians, including children which constituted as "war crimes", Turkey said in a statement released later on in the day.

The Turkish ministry urged Russia to immediately stop such attacks to prevent a greater catastrophe.