Turkey urges UNSC for a no-fly zone in Syria 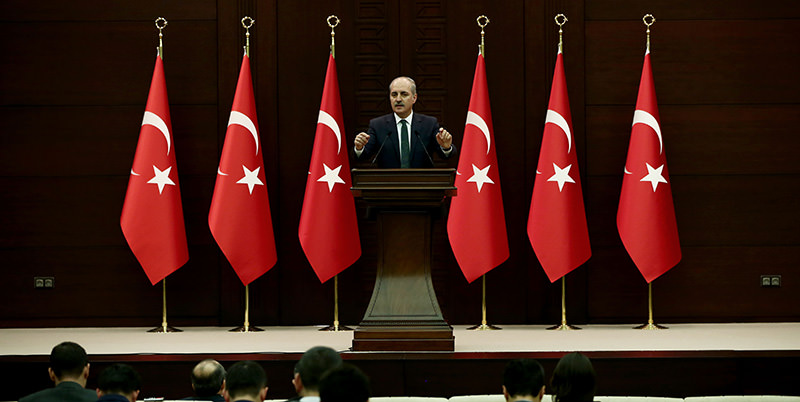 | AA Photo
by Daily Sabah Feb 16, 2016 12:00 am
Deputy Prime Minister Numan Kurtulmuş on Tuesday criticized the United Nations for its failure to put a stop to the ongoing conflicts in the world, while he reminded the permanent members of the Security Council about their responsibilities, and urged for a no-fly zone in Syria.

Speaking at a press conference held following a cabinet meeting, Kurtulmuş said that it is crucial for the U.N. to prevent massacres, which was one of the main reasons why it was founded, and urged the UN to raise its voice against war crimes.

''As Turkey, we remind both the U.S. and Russia about their historical responsibility'' Kurtulmuş said, and noted that failure to achieve peace in Syria could mean that the crisis will deepen.

The deputy PM continued by saying that over 90 percent of the attacks carried out by Russia in Syria target civilians and the opposition forces.