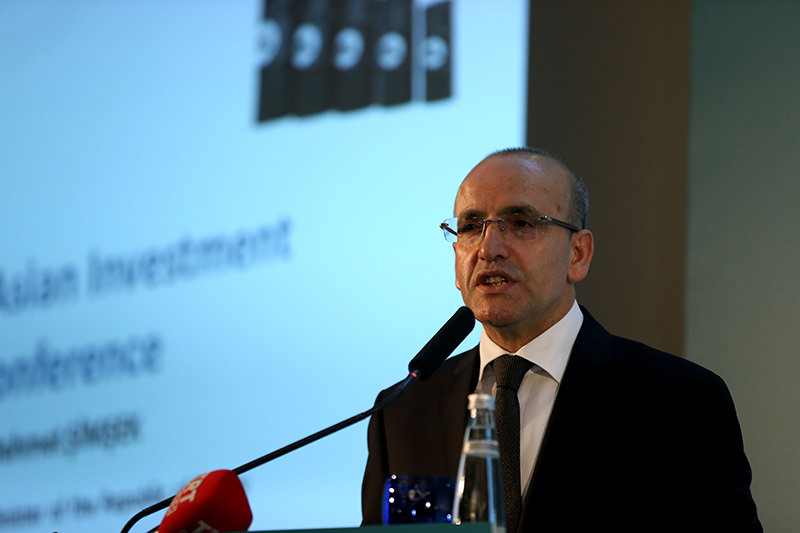 | AA photo
by Anadolu Agency Feb 18, 2016 12:00 am
Deputy Prime Minister Mehmet Şimşek said Thursday having opposing views on the crisis in Syria did not make Russia and Turkey enemies.

"We want to enhance our neighboring, trade and investment relations with Russia," Şimşek said during an opening speech at the Central Asian Investment Forum in Istanbul.

The downing of Russian jet on Nov. 24 has severely deteriorated relations between two countries. Following the incident, Moscow imposed a range of unilateral economic sanctions against Turkey, including a ban on food imports.

Şimşek said he had hoped that Russia would "calm down" after the crisis. In fact, relations appear to have worsened as Russia has bombed several civilian locations in Syria recently, resulting in mass migrations to the Turkish border.

Decline in oil prices has hurt the region's economy, forcing them to look for investment in non-oil sector.

Istanbul on Thursday hosted an investment forum on Kazakhstan. Senior Kazakh officials have called on Turkish business people to invest in their country.

Foreign trade volume of Kazakhstan and Turkey stood at around $1.8 billion, according to the Turkish Economy Ministry's 2015 figures.

Turkey's trade volume with the Central Asian countries is around $9.3 billion in 2013, according to Turkish Foreign Ministry.