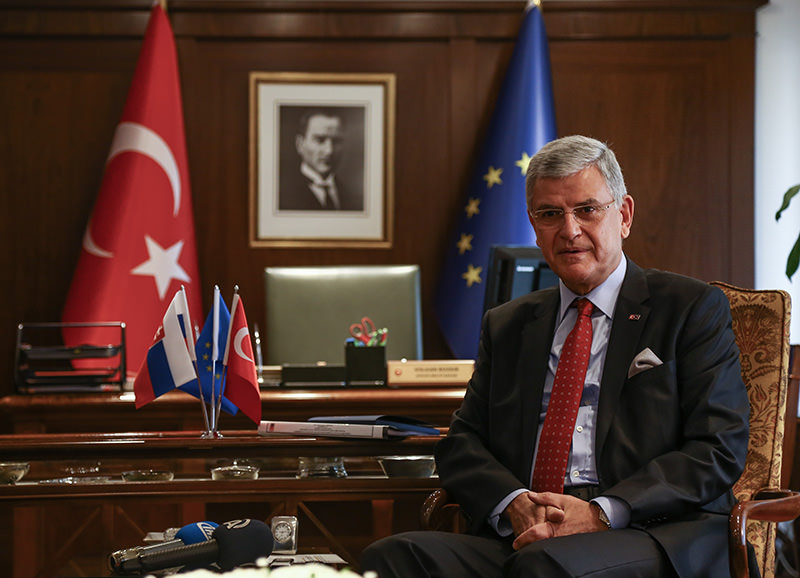 | AA photo
by Merve Aydoğan Feb 22, 2016 12:00 am
European Parliament's (EP) Turkey rapporteur, Kati Piri, travelled to the southeastern province of Diyarbakır on Friday along with a delegation including the leader of the Dutch Labor Party (PvdA) Diederik Samsom and EP deputy Sergei Stanishev. Piri published a message on her website that did not describe the PKK as a terrorist organization and, as a result, the EU Minister and Chief Negotiator Volkan Bozkır strongly criticized the rapporteur, saying that she has "lost her neutrality about Turkey's issues." Bozkır's official statement on Monday further noted that "it will be highly difficult for her to find counterparts to converse with in Turkey outside of the organizations she visited in Diyarbakır." 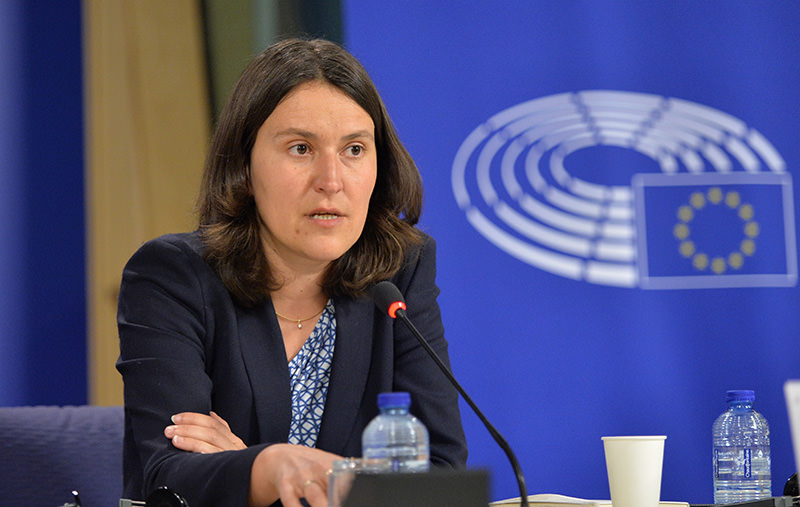 Piri did not condemn the PKK in remarks given on Sunday; nor did she describe it as a terrorist organization, stating instead that the actions of Turkish security forces against the terrorist organization was "ruthless." Bozkır said: "It is meaningful that this delegation did not feel the need to visit Ankara but instead went directly to Diyarbakır where an intense fight against the PKK terrorist organization is in progress, also meeting with organizations that overtly support the PKK terrorist organization." He said that Piri's visit to Diyarbakır, "served the PKK's perception management operation very well," continuing to emphasize that her failure to mention "all the sewer systems and basements that have been transformed into arsenals by the PKK, the continuous attacks on our security personnel, the damage caused by the PKK to Turkish towns in attempts to declare so-called autonomy in the region or the thousands of real civilians without arms who had to leave their homes because of PKK attacks on local schools, hospitals and even ambulances."

Bozkır said that "It should be noted that some Western European countries have even suspended certain articles of the European Convention of Human Rights due to much less of a terrorist threat compared to what I have listed above. Spending an entire day with supporters of the PKK after the funerals of the 28 fellow Turkish citizens who were massacred in a terrorist attack in Ankara – and on a day when seven soldiers were killed by the PKK in Sur -- is disrespectful to Turkey's grief as well as to the lives we have lost." Bozkır asked how the EU could "judge how healthy a report could be when prepared by a rapporteur who is so far away from understanding Turkey and acting in such a biased manner."

Reiterating Ankara's position on the more than 2.6 million Syrian refugees in the country regardless of their religious affiliation, ethnic origin or qualifications, a figure more than the population of many EU countries, Bozkır said: "Criticizing Turkey for its harsh stance against the PKK terrorist organization which claims dozens of lives every day in spite of Turkey's track record regarding its humanitarian approach , cannot be explained by goodwill, humanitarian values or political correctness." He further said that Turkey has the right to fight the PKK within the limits of the rule of law and that the anti-terror operations "will continue until the bloody-handed terrorists lay down their arms for good." Bozkır finished by saying: "We will not forget who supports us in this fight of vital importance for Turkey as well as who stands by the PKK terrorist organization."