Ceasefire is for parties fighting in Syria, Turkey will defend itself if threatened: PM Davutoğlu 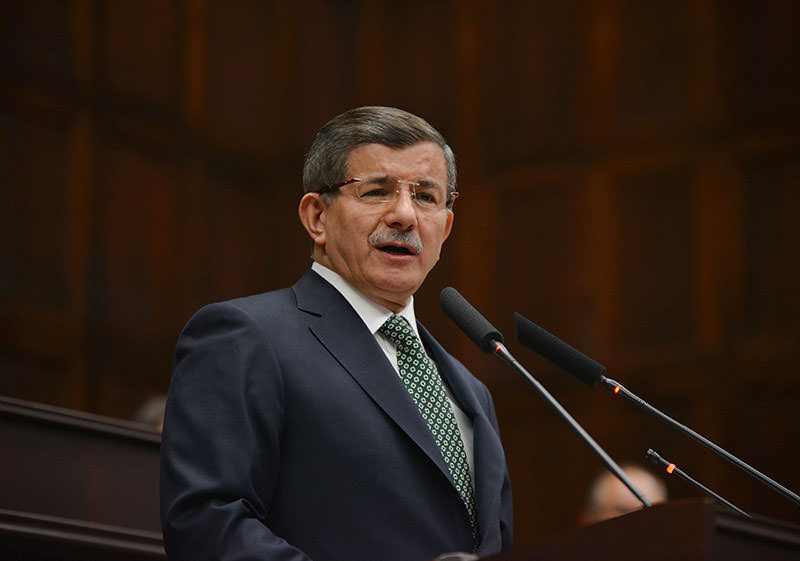 | AA photo
by Daily Sabah Feb 25, 2016 12:00 am
The Syria cease-fire plan will not be binding if Turkey's security is threatened, Prime Minister Ahmet Davutoğlu said on Thursday, adding that Ankara would take "necessary measures" against the People's Protection Units (YPG) and DAESH if needed.

"The cease-fire is not binding for us when there is a situation that threatens Turkey's security, we will take necessary measures against both the YPG and DAESH when we feel the need to," Davutoğlu said in the central province of Konya.

"Ankara is the only place that decides actions regarding Turkey's security," he said.

Washington and Moscow this week announced a cessation of hostilities in Syria that is scheduled to take effect at midnight Saturday local time. It is hoped the deal will allow aid to be delivered to desperate Syrians.

DAESH and al-Qaida's Syrian affiliate, al-Nusra Front, are excluded from the agreement.

Davutoğlu criticized the lack of reference to the Syrian affiliate of the PKK, which resumed its 30-year armed campaign against the Turkish state in late July 2015.

The YPG, the Democratic Union Party's (PYD) militia, has been supported by U.S. airstrikes in its fight against DAESH and, more recently, by Russian warplanes as it seeks to expand its territory in northern Syria.

"The YPG is a terrorist organization for us, just like DAESH and al-Nusra Front," Davutoğlu said, referring to al-Qaida's Syrian branch. "There should have been a reference to them in the truce."

Ankara considers the YPG as a national security threat due to its expansionist activities in the war-torn country. Ankara's concerns have become more solidified following the Ankara bombing last week in which 29 people were killed. Despite a claim of responsibility for the Ankara terror bombing by a hardliner PKK splinter group, the Kurdistan Freedom Hawks (TAK), Turkish authorities insist that the PYD and YPG were behind the deadly bombing, and assert claims to the otherwise are attempts to divert attention from the Syrian terror group.

Ankara has said that the PYD and YPG should be left out of the cease-fire agreement since it says they are a terrorist entity and a threat to Turkey's national security as well as attempting ethnic cleansing of the non-Kurdish population in northern Syria.

President Recep Tayyip Erdoğan said on Wednesday that the YPG and PYD should be excluded from the Syrian cease-fire.

Speaking to local headmen at the Presidential Palace in Ankara, Erdoğan criticized Western countries for supporting the PYD and YPG and not having a firm stance against terrorist organizations.

He said that while Ankara supports the cease-fire process, the PYD and YPG must be excluded the same as DAESH.

''It is a complete lie that they support the YPG and PYD because they fight DAESH, as al-Nusra Front fights DAESH, too'' Erdoğan said, adding that the West labels some as the good terrorists while others as bad ones.

He said that there is no such thing as good or bad terrorist and that all of them should be treated with the same determination.

Speaking at a joint press conference with Dutch Prime Minister Mark Rutte in Lahey this month, Davutoğlu said discriminating between terrorists organizations is as dangerous as terror itself and implied targeted strikes on the YPG if it threatens Turkey from beyond the Syrian border, saying: "In the event of the emergence of a threat directed at Turkey, we will take the same measures in Syria as we did in Iraq."

"The PYD is in cooperation with Russia and attacks civilians, committing war crimes," he said, adding that Washington's clarification of its stance on the PYD is Turkey's right.

The military previously shelled YPG positions near Azaz on Feb. 13 within its rules of engagement in response to two separate attacks carried out by YPG and Syrian forces on a Turkish military base and a police station.