What exactly does the 'breakthrough' EU-Turkey refugee deal offer? 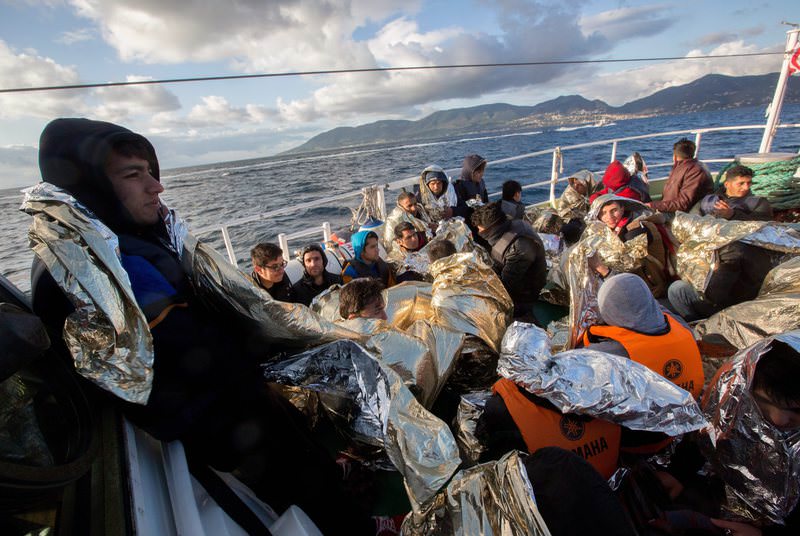 As Turkey and the EU are expected to seal the deal next week when both parties meet, key points the two sides agree on have started to take shape.

According to the draft document circulating at the Brussels summit, Turkey agreed to take some Syrian refugees based on the 'one in, one out' formula while the EU for its part is expected to lift visa restrictions for Turks, pay an additional an extra 3 billion euros in funds to help refugees in Turkey and cooperate with Turkey on building humanitarian zones inside Syria.

The deal is anticipated to answer key questions on the refugee crisis in Europe and cooperation between Turkey and the EU. Here is how the two sides will cooperate with each other and share the burden of refugees accordingly.

How exactly will the deal be implemented?

To start with, irregular migrants will be determined by "Irregular Migration Monitoring Units" composed of immigration and liaison officers and will be carried out via checkpoints mainly in the islands of Lesvos, Chios, Samos, Leros and Kos.

Irregular migrants that have crossed into Greek islands from Turkey will be evacuated from Greek territory and be sent to Turkey to be readmitted into the country.

This is when the refoulment process kicks in; for every Syrian refugee received from the Greek islands, Turkey will send a Syrian asylum seeker to Europe to find a home and be settled within the EU.

The transfer and the expedition of the refugees will be funded by the EU and the whole progress will be reviewed by both sides on a monthly basis.

Which refugees will be involved and until when will the readmission continue?

The deal will only apply to Syrian refugees, the ones who are not in need of international protection and crossed into Greece irregularly.

A commission made up of representatives from both sides will determine whether the refugee definitely traveled to the EU from Turkey. In cases where this cannot be proved, Turkey will not necessarily have to readmit them, according to the deal.

Also, only those who have traveled to the Greek islands after the agreed starting date for the readmission process will have the opportunity to grant asylum in the EU.

The readmission agreement is expected to go into effect in June 2016, however both parties have not set a certain period on how long this process will continue as the agreement states that it will be 'temporary' and for humanitarian purposes only.

After the agreement, the EU will start to resettle Syrians from Turkey based on the formula of "one in, one out", as it also provides necessary assistance to non-EU countries in the Western Balkans in coping with the refugee flow.

The EU will also cooperate with Turkey in any joint endeavor to establish humanitarian safe areas inside Syria for the local population and refugees to live in.

Turkey has long advocated a safe zone in northern Syria to protect refugees, to allow for the secure distribution of aid and to stem the flow of refugees to Europe. German Chancellor Angela Merkel has also pledged support for a no-fly zone in Syria as a way of dealing with the crisis. The deal may pave the way for cooperation between Turkey and European countries to build such areas in the war-torn country.

What will Turkey receive in return?

For Turkey, perhaps the biggest gain from the deal will be bringing forward the date for visa-free travel to the EU's Schengen passport-free area for Turkey's 75 million Turks to June, instead of October as originally promised.

The EU is also expected to open more policy "chapters" in Turkey's long-drawn-out EU accession process -- so far it has only completed one out of more than 30.

The five chapters Turkey is seeking to open are on political criteria, justice, freedom and security; energy, education, external security and defense.
Another key point is that Turkey will receive a further 3 billion euros ($3.3 billion) ) to cover the care expenses of refugees. The EU had previously agreed to pay 3 billion euros for the same purpose.