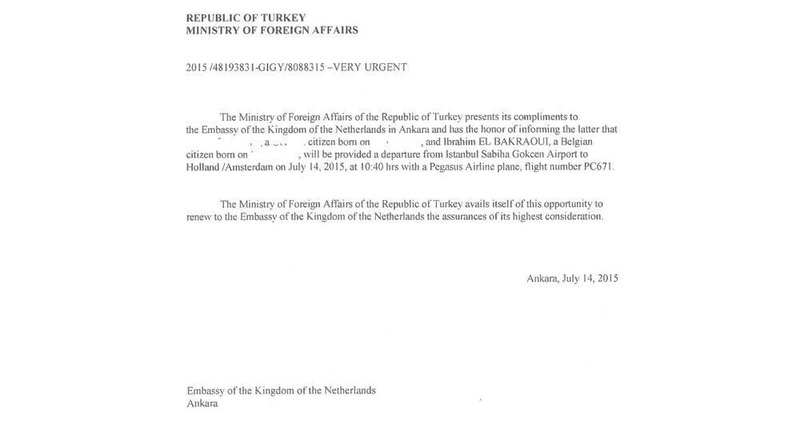 A letter showing that Ibrahim El Bakraoui was deported by Turkish authorities to the Netherlands was released by European sources on Thursday.

The letter reads: "The Ministry of Foreign Affairs of the Republic of Turkey presents its compliments to the Embassy of the Kingdom of the Netherlands in Ankara and has the honor of informing the latter that Ibrahim Al Bakraoui, a Belgian citizen will be provided a departure from Istanbul Sabiha Gokcen Airport to Holland/ Amsterdam on July 4, 2015 at 10:40 hrs with a Pegasus Airline plane, flight number PC671."

Meanwhile, Dutch authorities confirmed Thursday that a man wanted for the attacks in Brussels had been expelled by Turkey and sent to the Netherlands last year.

"The Turkish authorities requested Ibrahim El Bakraoui to leave the country and put him on a flight from Istanbul to Amsterdam on July 14, 2015," Dutch Justice Minister Ard van der Steur said in a statement. 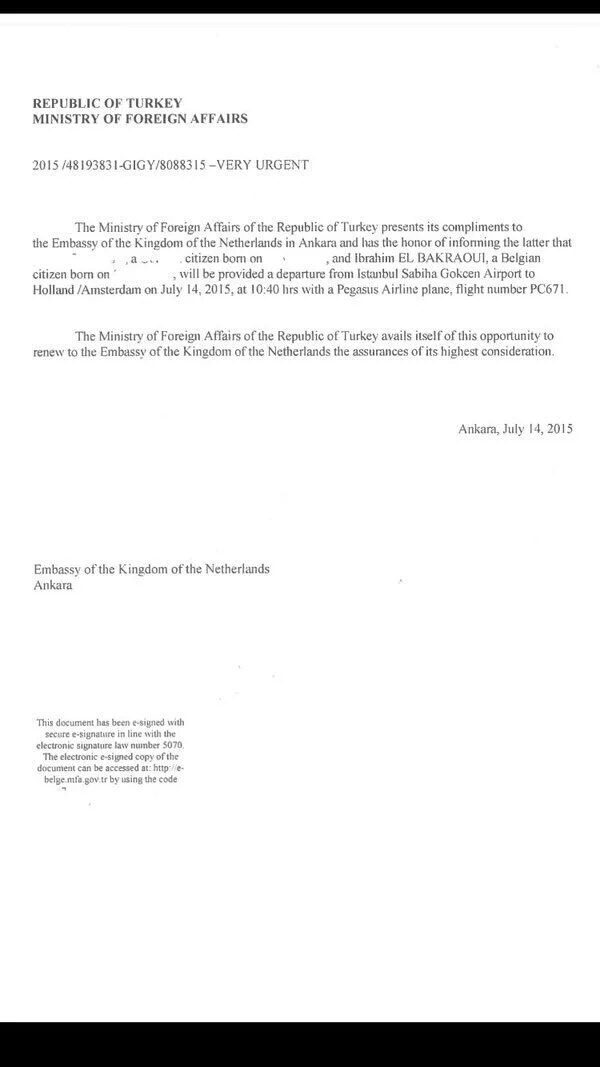