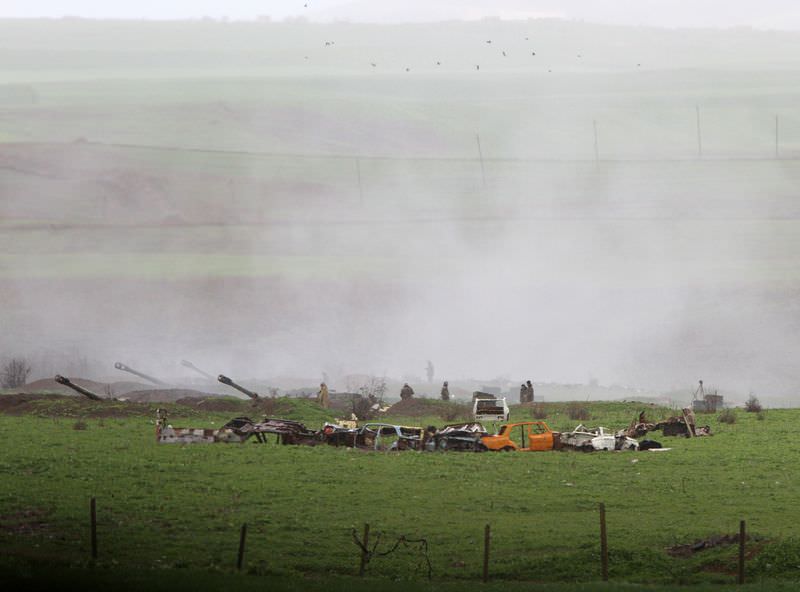 The problem between Azerbaijan and Armenia must be solved immediately, Turkey's foreign minister said on Sunday.

"It (the problem along the contact line) should be solved within the framework of Azerbaijan's territorial integrity," FM Mevlüt Çavuşoğlu told reporters in Turkey's southern province of Antalya.

He said that Karabakh and Azerbaijan's occupied territories issue must be overcome through peaceful means.

Çavuşoğlu criticized the Minsk Group- an international organization co-chaired by Russia, the U.S. and France- for not taking necessary steps or making efforts to solve the Karabakh issue.

The Minsk Group says it leads the Organization for Security and Co-operation in Europe (OSCE)'s efforts to find a peaceful solution to the dispute between Azerbaijan and Armenia.

Azerbaijan reclaimed land occupied by Armenia during the clashes on Friday and Saturday, which saw 12 Azerbaijani soldiers martyred.

Azerbaijan's Defense Ministry said that its army had launched operations in the Agdere, Terter, Agdam, Hocavend and Fuzuli regions to protect civilian lives.

During the operations, the Azerbaijani army reclaimed some strategic hills and residential zones.

Pro-Armenian militia has occupied Azerbaijan's Karabakh region since 1993, similar to how pro-Russian militia have illegally occupied parts of Ukraine since 2014.

Three UN Security Council Resolutions (853, 874 and 884) and United Nations General Assembly Resolutions 19/13 and 57/298 refer to Karabakh as being part of Azerbaijan.

The Parliamentary Assembly of the Council of Europe refers to the territory as being occupied by Armenian forces.