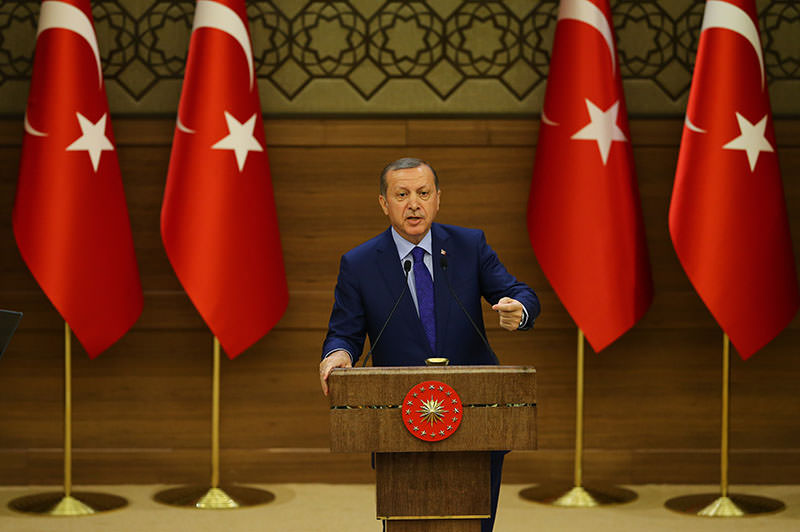 President Tayyip Erdogan said on Wednesday he hoped Armenia would respond to Azerbaijan's efforts to end the current crisis over the breakaway Nagorno-Karabakh region.

"If Armenia did not respond to Azerbaijan's efforts to silence the arms in the regions, then the guilty one is Armenia," Erdoğan said.

In a speech broadcast live, Erdoğan also said although Russia had been blaming Turkey for taking sides in the conflict, Russia was the "most prominent side in this conflict."

Turkey has vowed to stand by Azerbaijan, with which it shares close linguistic and ethnic ties.

Turkish Foreign Ministry issued a statement last week saying, "We condemn the artillery fire launched against Azerbaijan along the line of contact and the attacks by Armenia affecting also the civilian population on the night of April 1-2."

"We wish God's mercy on our fallen Azerbaijani brothers, patience to their relatives and a speedy recovery to the injured. We invite Armenia to observe the ceasefire and immediately put an end to the clashes."

Dozens of people have been killed since April 2 when Azerbaijani and Armenian-backed forces clashed over Nagorno-Karabakh.

The sides agreed to a ceasefire on Tuesday. But Azerbaijan's Defense Ministry said Wednesday in a statement that the Armenian Army has already violated Tuesday's Karabakh ceasefire 115 times.

Armenia broke the cease-fire 115 times along the front line, and Azerbaijan returned fire each time, said the ministry.

The ministry said Azerbaijan had abided by the ceasefire, but Armenia had not.