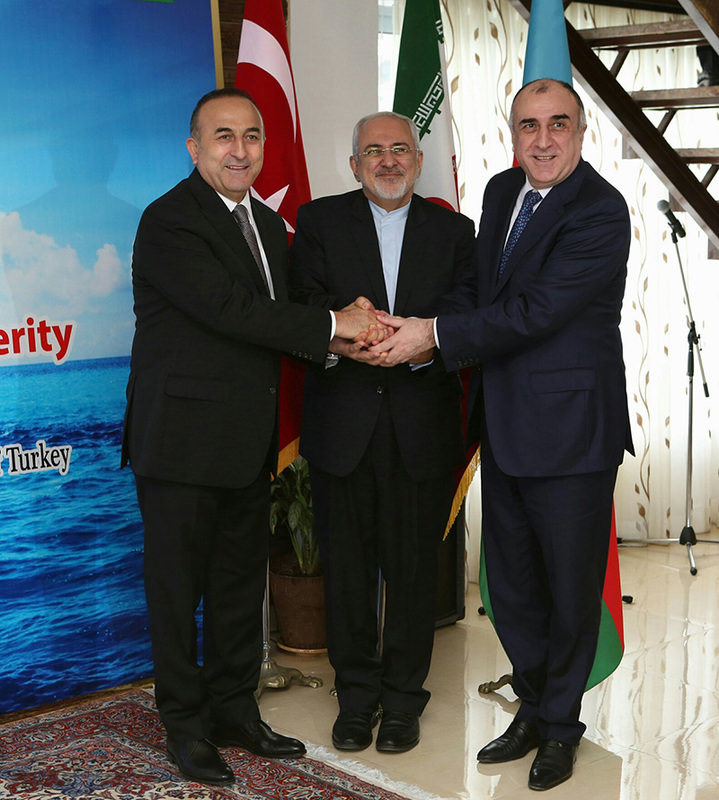 The foreign ministers of Turkey, Iran, and Azerbaijan on Tuesday held a trilateral meeting in Iran to discuss key cooperation issues.

Speaking to reporters after the meeting held in Ramsar, Iran on the shores of the Caspian Sea, Iranian Foreign Minister Mohammad Javad Zarif said he had discussed "key cooperation issues" with his Turkish and Azerbaijani counterparts, Mevlüt Çavuşoğlu and Elmar Mammadyarov.

"We held the fourth mutual talks at the level of the Iranian, Turkish, and Azerbaijan foreign ministers in Ramsar. Two protocol texts, based on preliminary work carried out by our ministries' experts, were signed today," said Zarif.

The first trilateral meeting of the three countries was held in Urumiyah, Iran, in 2011, followed by meetings in Nakhchevan, Azerbaijan in 2012, and Van, eastern Turkey in 2014.