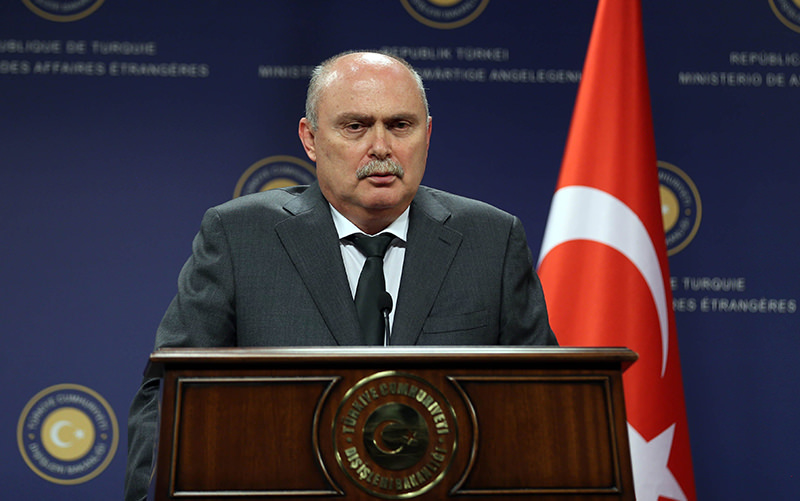 The Foreign Ministry said on Friday that Turkey and Israel have made progress toward restoring ties between the two countries at meetings held in London, and announced that the deal is expected to be finalized in the next meeting.

Haaretz newspaper in Israel also reported that the talks in London lasted well into the night on Thursday, ending just before midnight.

There has been concrete progress in restoring bilateral relations, long-stalled since the Mavi Marmara raid, over the last couple of months.

Turkish and Israeli officials first met in December 2015 and reached a preliminary agreement to normalize relations, including the return of ambassadors to both countries, after Israel agreed to pay $20 million in compensation to the relatives of the victims of the Mavi Marmara raid. During the meeting held in early February 2016, Turkish and Israeli officials discussed easing rather than lifting Israel's blockade of Gaza, which Ankara aims to begin rebuilding.

Ankara underscores that relations with Israel cannot be normalized unless its conditions for ending the Gaza blockade and compensation for the deaths of civilians on Mavi Marmara vessel are fulfilled by Israel.

The diplomatic crisis between Turkey and Israel dates to a May 2010 incident when Israeli commandos boarded the Mavi Marmara, a civilian vessel carrying humanitarian aid trying to break the Israeli blockade to Gaza, in international waters. The raid on the flotilla resulted in the death of nine civilians, an American and eight Turkish citizens.

The Israeli government took the first step toward reconciliation on March 24, 2013, when Prime Minister Benjamin Netanyahu apologized for the mishandling of the raid during a conference call with then Prime Minister Recep Tayyip Erdoğan and U.S. President Barack Obama. Since then closed-door reconciliation talks have continued, but the agreement has been delayed due to perpetual local, general, presidential and early elections in Turkey and Israel's attack on Gaza in 2014.

During his visit to the United States last week, President Erdoğan received a delegation of members from Jewish associations in the U.S. During the meeting, Erdoğan stressed the need for cooperation against anti-Semitism and Islamophobia in the West.