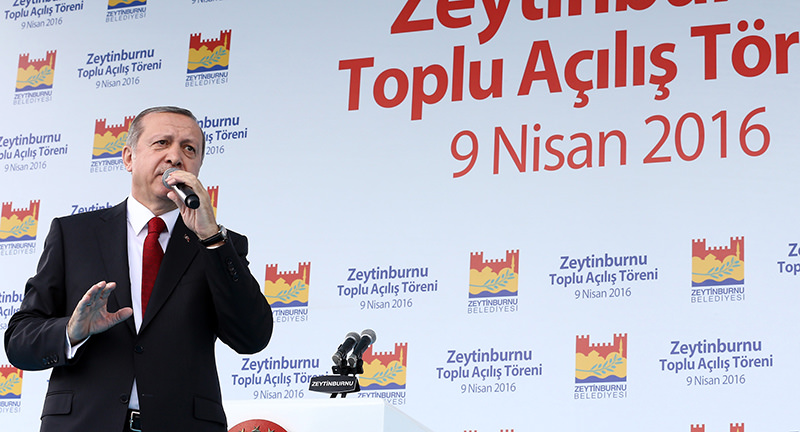 President Recep Tayyip Erdoğan reiterated his call for reform of the UN Security Council on Saturday, pointing out the unfairness regarding the lack of a Muslim country as a permanent member.

"The world is bigger than five," Erdoğan said at an inauguration ceremony in Istanbul's Zeytinburnu district. "We cannot convict the fate of world's 196 states from the two lips of five UN Security Council permanent members. It was the circumstances of the World War I.

"Now the UN's functioning must be reformed. There is no Muslim country among the five - all of them are Christian, non-Muslim. What is that approach? Is it fair? It's not!

Erdoğan said Turkey raised the issue of Security Council reform at every international meeting and called for a body that represents all continents and religious groups.

The council, which has primary responsibility for maintaining international peace and security, has 15 members including five permanent members with veto power over any resolution - China, France, Britain, the U.S. and Russia.

Permanent members often use their veto to protect their interests or those of their allies and in the past Erdogan has criticized the blocking of UN resolutions on Syria by Russia and China.

The President also criticized main opposition Republican People's Party (CHP) chairman Kemal Kılıçdaroğlu for his sexist remarks against Family Minister Sema Ramazanoğlu. He said that he no longer considers Kılıçdaroğlu as a leader of a political party, as he noted such position cannot be held by individuals who do not possess the necessary mental capability and criminal responsibility.