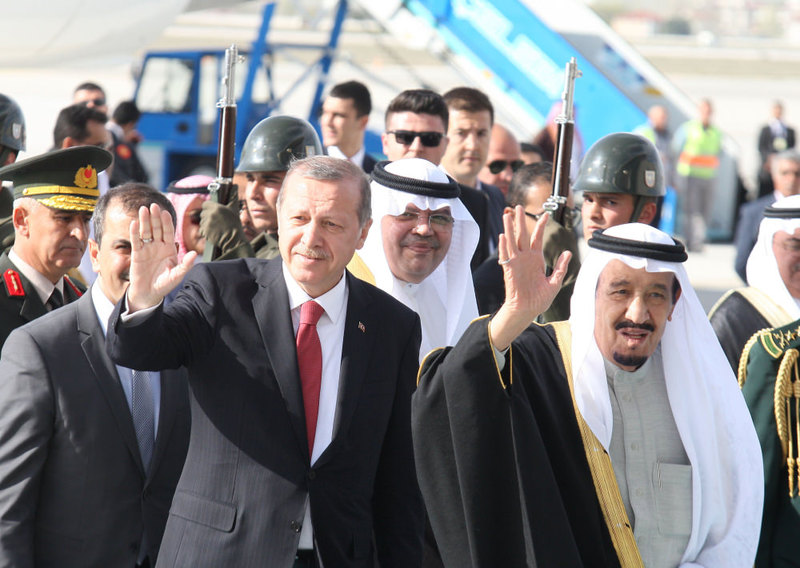 by Daily Sabah Apr 12, 2016 12:00 am
Saudi King Salman arrived with a large delegation on Monday in Ankara to start his three-day diplomatic engagement with Turkey.

President Recep Tayyip Erdoğan received him at the airport, a gesture in response to Salman's receiving Erdoğan during his visit to Saudi Arabia in April last year.