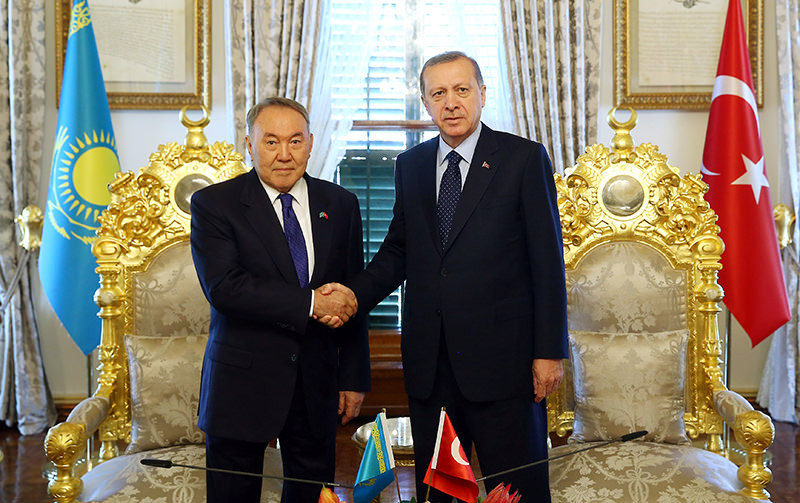 President Recep Tayyip Erdoğan and his Kazakh counterpart Nursultan Nazarbayev on Wednesday have issued a joint declaration urging the countries of the Organization of Islamic Cooperation (OIC) to create mechanisms to solve ongoing issues, utilize diplomatic missions, inter-parliamentary dialogue and contribute to the Islamic convergence initiative, ahead of a two-day summit which will be held in Istanbul on April 14-15.

According to a statement by the Presidency, Erdoğan and Nazarbayev agreed to enhance bilateral relations between the two countries, based on common historical and cultural heritage between the two nations.

They have also expressed concern regarding the imminent threat against the Muslim community (Ummah) and urged Muslim countries to develop a new paradigm towards resolving issues between members of the OIC.

"We call on OIC member states to support Islamic convergence and consider it as a new political platform for the Islamic community" the statement read.

Turkey holds the term presidency for the OIC and will host its 13th Leaders' Summit under the chairmanship of President Recep Tayyip Erdoğan.

The OIC Summit, which will be held in Istanbul, is expected to address issues in Muslim countries such as Azerbaijan, Yemen, Palestine, Syria, and Iraq.

Founded in 1969, the OIC consists of 56 member states and represents the collective voice of the Islamic world.