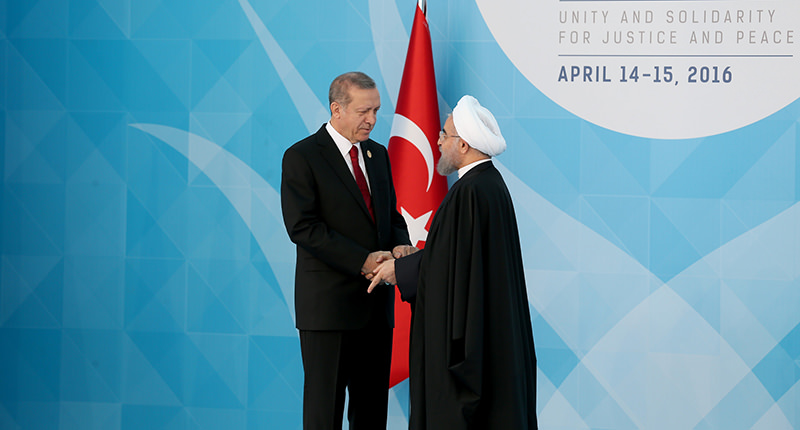 Iranian President Hassan Rouhani will pay an official visit to Turkish capital Ankara on April 16 in response to President Recep Tayyip Erdoğan's invitation, a statement by the Presidency has said on Friday.

According to the statement, Rouhani, who is currently in Istanbul attending the 13th Summit of the Organization for Islamic Cooperation will go to Ankara and will attend the third meeting of the Council on High-Level Cooperation between Turkey and Iran.

The meetings between the two heads of state are also expected to address bilateral relations, as well as current regional and international issues.

"The official visit of the Republic of Iran's President Rouhani will contribute to and strengthen the political dialogue and cooperation with our neighbor, whom we share deep-rooted historical and cultural ties with" the statement said.

In March, Prime Minister Ahmet Davutoğlu paid a visit to Iran and the two countries announced their agreement to cooperate to end sectarian strife, which includes working to support the fragile Syrian cease-fire.

Turkey and Iran have close economic ties and are expected to boost relations despite differences on the Syrian crisis.

In early April, Turkey's Development Minister Cevdet Yılmaz said that a third of trade between the two countries is now conducted in the Turkish lira or the Iranian rial, allowing both nations to avoid exchange rate losses while reducing trade costs.