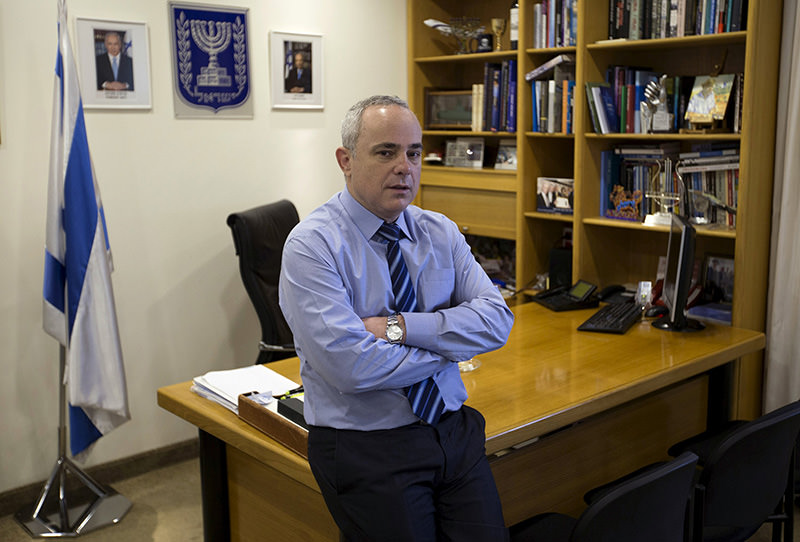 Israel's Energy Minister Yuval Steinitz said Saturday that Turkey and Israel have reached agreement on 90 percent of issues, aiming toward reconciliation between the two countries.

The Times of Israel newspaper reported that Steinitz's comments came while speaking at a cultural event in Holon. The article added that agreement was reached on building a seaport for the Gaza Strip, however, this point was later denied by Steinitz's office.

Steinitz is known to be close to Prime Minister Benjamin Netanyahu.

A future deal is also important for Israel in terms of energy, as Turkey opposes the development of untapped oil fields located in the eastern Mediterranean, between Greek Cyprus and Israel, until the Cyprus issue is permanently resolved.

Israel has imposed a blockade on the Gaza Strip since Hamas took control in 2007, with recurrent attacks or operations causing suffering for some 1.8 million people.

On April 7, presidential spokesperson İbrahim Kalın said that Turkey will not drop its demand for an end to the Israeli blockade of the Gaza Strip in order to normalize relations with Israel, while Turkey's official policy retains a demand for an independent Palestine founded on the 1967 borders, with East Jerusalem as its capital.

Haaretz newspaper in Israel also reported that the talks in London lasted well into the night, ending just before midnight.

There has been concrete progress over the last couple of months in restoring bilateral relations, long-stalled since the Mavi Marmara raid. A DAESH-linked bombing on March 19 in Istanbul that killed three Israelis also led to cooperation between the countries, with high-level contacts between leaders in Ankara and Jerusalem for the first time in years.

Turkish and Israeli officials first met in December 2015 and reached a preliminary agreement to normalize relations, including the return of ambassadors to both countries, after Israel agreed to pay $20 million in compensation to the relatives of the victims of the Mavi Marmara raid. During a meeting held in early February 2016, Turkish and Israeli officials discussed easing rather than lifting the blockade of Gaza, which Ankara aims to begin rebuilding.

The diplomatic crisis between Turkey and Israel dates back to May 2010 when Israeli commandos boarded the Mavi Marmara, a civilian vessel carrying humanitarian aid and trying to break the Israeli blockade on Gaza, while it was in international waters.

The Israeli government took the first step toward reconciliation on March 24, 2013, when Netanyahu, under the encouragement of U.S. President Barack Obama, apologized for the mishandling of the raid during a conference call with then Prime Minister Recep Tayyip Erdoğan. Since then closed-door reconciliation talks have continued, but the agreement has been delayed due to local, general, presidential and early elections in Turkey, as well as Israel's attack on Gaza in 2014.