Ankara: Claims refugees sent back to Syria not true 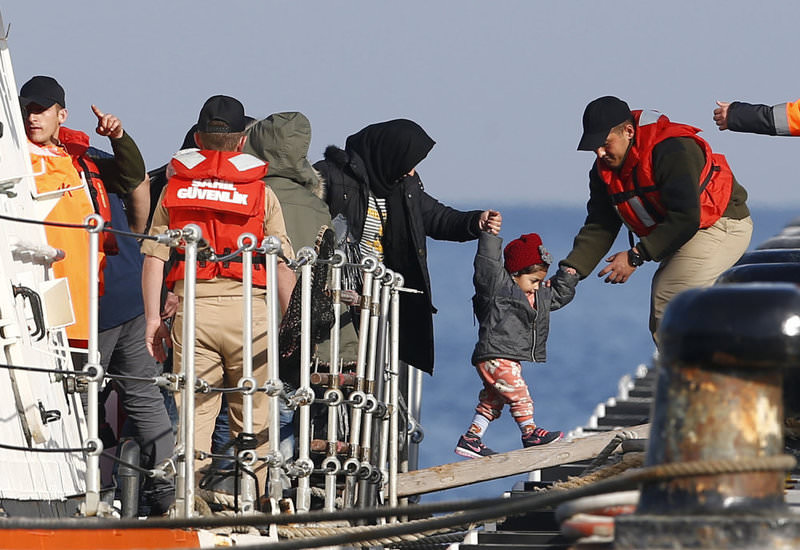 In a statement released to the press on Friday, the Foreign Ministry said that allegations released by Amnesty International that Turkey has sent some Syrians back to their country by force are unfounded.

"Turkey, for over five years, has been implementing an open door policy for Syrians who fled war and persecution in their country and within the frame of its international obligations, has abided by the principle of 'non-refoulement' meticulously. There is no change in this approach. Turkey is the largest refugee-hosting country in the world. This is also a clear indication setting forth that Turkey complies with the principle of non-refoulement. Syrians are not urged or forced for voluntary return to Syria," the statement read.

"Turkey is bound by its obligations under international law and is determined to continue providing protection to Syrians who have fled from violence and instability in their country. While Turkey uses every available means for the Syrians, we regret that some countries that have closed their borders with barbed wire fences in order not to allow migrants, intensively release such news to their public," it added.

Describing the deal as a "game changer agreement with the EU," the ministry said the agreement is based on a proposal made by Turkey for humanitarian purposes. "We have three main objectives in our proposal: To prevent the loss of life in the Aegean, to break the migrant smuggling networks and to replace illegal migration with legal migration."

The statement said irregular migrants taken back by Turkey are treated in line with international humanitarian law. "We strictly comply with the principle of non-refoulement. There is no change in this policy. Turkey hosts more than 2.7 million Syrians. Around 270,000 Syrians accommodated in 26 temporary protection centers are provided with food, non-food items, health and education services as well as psychological support, vocational training and social activities. In addition, Syrians who live outside these centers are also under our protection regime, and they benefit from free health care and education services. In order to grant temporary protection status to Syrians to be taken back from Aegean islands, on April 7 we made the necessary amendment in our relevant regulations. So, every Syrian from the islands will enjoy protection in Turkey," the statement said.

Due to Turkey's resolute action against irregular migration, irregular crossings in the Aegean Sea have already decreased since October 2015 when daily data indicates that the number was around 7,000. The effective implementation of the Turkey-EU Action Plan on Migration by Turkey contributes to this decline, the ministry said. "Accordingly, in March, daily crossings decreased to 859."

With the implementation of the agreement on April 4, daily irregular crossings decreased 100-fold with a sharp decrease from 7,000 in October 2015, to 70 on April 6. No crossings were recorded on April 10. "This shows that our agreement has already put forward a positive outcome. With this agreement, we are giving a clear message to migrant smugglers that the Aegean Sea will no longer be used for their business," the statement added.