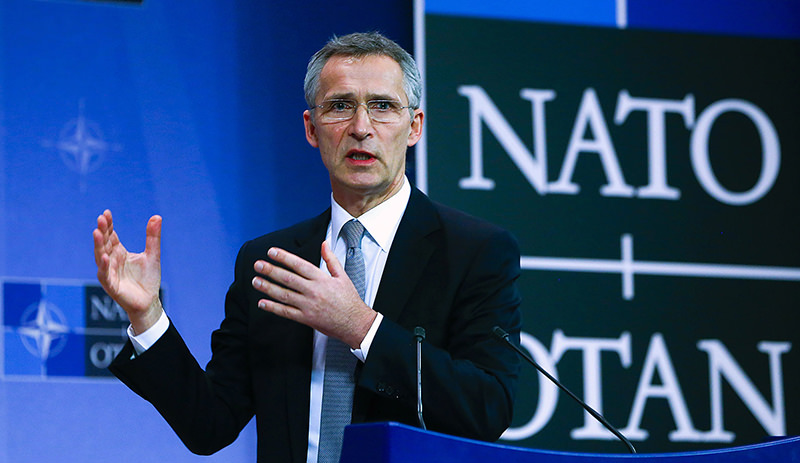 NATO Secretary General Jens Stoltenberg will meet with President Recep Tayyip Erdoğan and Prime Minister Ahmet Davutoğlu in a visit to Turkey on April 20-21 to discuss preparations for the upcoming Warsaw Summit.

According to a press statement by Turkey's Foreign Ministry, the NATO chief will also meet with Minister of Foreign Affairs Mevlüt Çavuşoğlu and Minister of National Defense İsmet Yılmaz.

"Challenges emanating from security situation in NATO's southeastern border as well as the implementation of Alliance's assurance measures for Turkey will also be addressed" the statement said and added that the two sides will also talk about regional issues including the Syrian Crisis, Daesh and NATO's activities.

Stoltenberg has consistently praised Turkey's efforts and assistance in the fight against Daesh terrorist organization and underscored the fact that Turkey has been the most affected from the ongoing crisis in Syria.