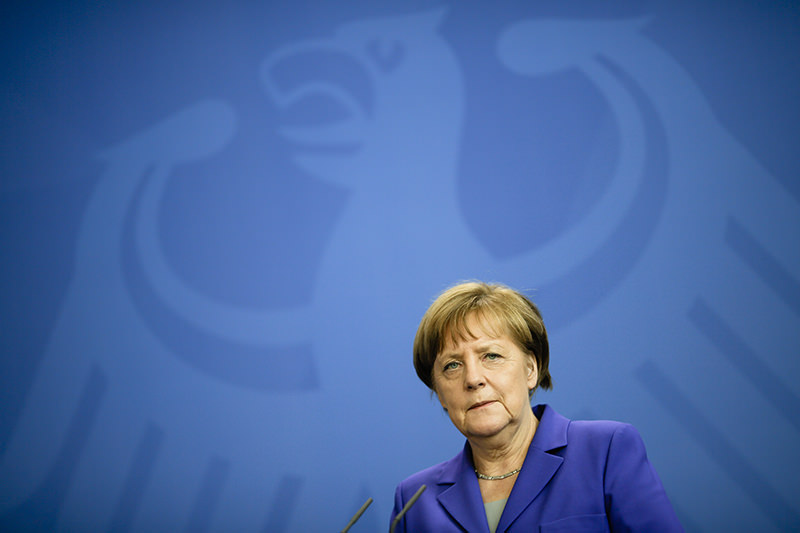 German Chancellor Angela Merkel has defended her policy of closer ties with Turkey and dismissed criticisms about the EU-Turkey deal.

"We are always facing this question whether this EU-Turkey agreement is the right one. I am telling you. It is absolutely right and essential," Merkel said at a press conference Friday in Berlin.

Merkel had come under criticism for authorizing a court case last week against a German comedian Jan Bohmermann, who read an offensive poem about President Recep Tayyip Erdoğan on a TV show.

Merkel dismissed these criticisms ahead of her visit to Turkey on Saturday, and stressed that democracy, human rights and press freedom has always been important for her and been discussed in her conversations with Turkish counterparts.

Merkel also defended her government's decision to allow a court case against Bohmermann, and stressed that German court will decide on the controversial issue.

"I still believe that it was a right decision. It enables German courts to decide, accepting the presumption of innocence, in a legally correct way," she said.

Early this month, Merkel criticized the comedian's poem as a "deliberate insult" to Erdogan, in a press statement released by her office, following a telephone conversation between Merkel and Turkish Prime Minister Ahmet Davutoglu.

The controversial poem of TV comedian Bohmermann included graphic insults against Erdogan and sparked an uproar in Turkey.

Bohmermann claimed his poem only wanted to highlight the alleged lack of human rights in Turkey; however, several critics saw the poem as racist and abusive, exceeding the limits of freedom of expression.

Turkey protested against the show and demanded prosecution for the poem in a diplomatic note sent to the German Foreign Ministry two weeks ago.

According to a little-used legislation, Article 103 of the German penal code any German citizen who insults a foreign head of state can face imprisonment not exceeding three years, or a fine, but in case of a slanderous insult, to imprisonment from three months to five years.

Article 104a of the same law states that such offenses can only be prosecuted if the foreign government concerned makes a request to the federal German government, and it accepts this request.

Merkel stressed commitment to democratic freedoms and the rule of law, but said in line with the existing penal code, which criminalizes the defamation of foreign leaders, her government decided to allow a legal probe.