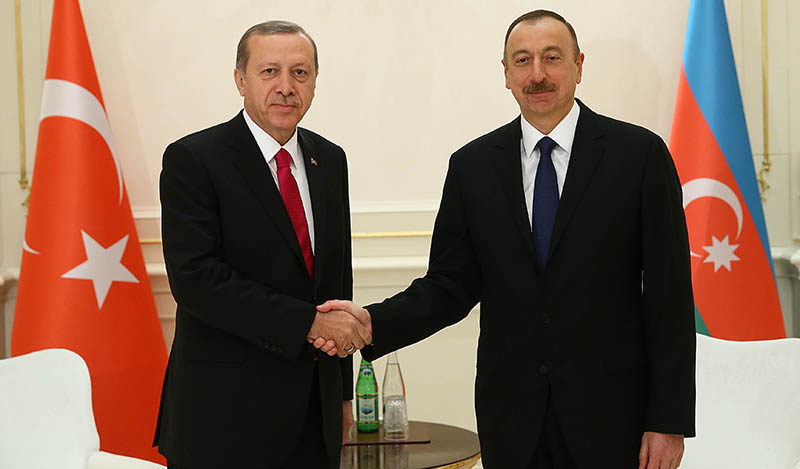 President Recep Tayyip Erdoğan on Monday underscored the significance of cooperation with Azerbaijan during a meeting with his Azerbaijani counterpart İlham Aliyev.

The president, who is in Azerbaijani capital Baku to attend the 7th Global Forum of the United nations Alliance of Civilizations (UNAOC), discussed bilateral relations and agreed to strengthen cooperation on energy.

The two leaders reportedly said that the UNAOC forum will contribute to international cooperation efforts.

Established in 2005, the UNAOC was initiated by former UN Secretary General Kofi Annan and co-sponsored by the Governments of Turkey and Spain.

Furthermore, they discussed the conflict in Nagorno-Karabakh region and Turkey once again showed that it stands with Azerbaijan.

Turkey has declared its support for Baku since the clashes broke out in Nagorno-Karabakh. Ex-Soviet states Azerbaijan and Armenia fought a war over Nagorno-Karabakh in the 1990s that ended with a fragile truce.