FM Çavuşoğlu: Egypt not strong or beneficent to region with el-Sissi 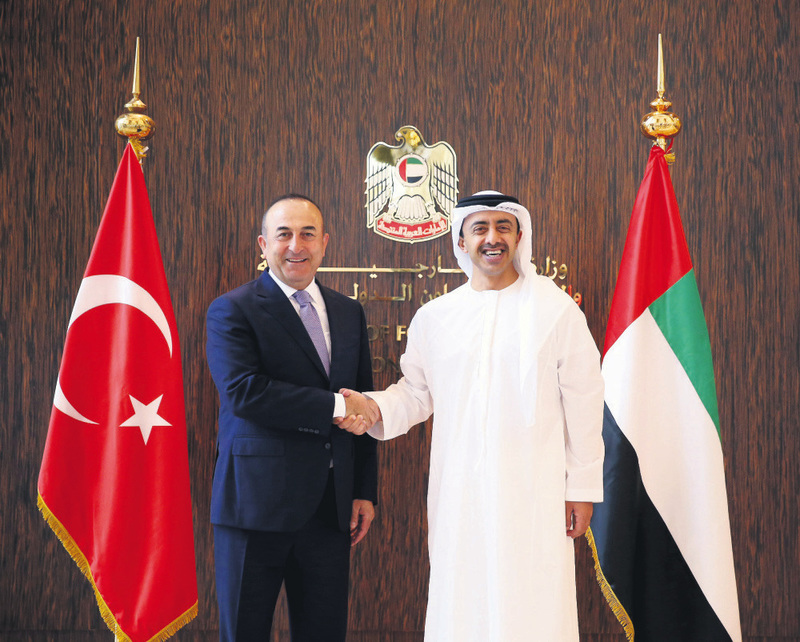 by Ali Ünal Apr 27, 2016 12:00 am
Foreign Minister Mevlüt Çavuşoğlu said that the Arab world, Africa and Palestine need Egypt to be a strong center in the region and that the country is in the very fragile state under President Abdel-Fattah el-Sissi's administration. "Today's Egypt is not strong and is of no use to anyone. It is so fragile that it could collapse in the absence of regional support from other countries. We don't want this. The people of Egypt are our brothers. We know the importance of Egypt, but today's picture does not provide this," Çavuşoğlu said in Abu Dhabi on Monday.

Çavuşoğlu's visit to the United Arab Emirates (UAE) was the highest level official visit from Turkey since bilateral relations between the two countries cooled in 2013 after the UAE showed support for the military coup that toppled Egypt's first democratically elected president, Mohammad Morsi. Commenting to group of journalists who accompanied him to Abu Dhabi, Çavuşoğlu said that Ankara supported the Muslim Brotherhood in Egypt in principle and underlined that Ankara would have supported any democratically elected party in Egypt. "Political regimes may differ from one country to another, but we never had any intention to export our regime whatsoever. However, as a country that has suffered from military coups, the West and military juntas … [we] support democratically elected governments. We would have supported all elected parties in Egypt, not only the Muslim Brotherhood," he said.

Saying there is a misperception that he ruling Justice and Development Party (AK Party) supported the Muslim Brotherhood because it shares ideological values with it, Çavuşoğlu said that Turkey's relationship with Tunisia is proof that this perception is wrong. "In Tunisia, the Muslim Brotherhood came to power after the Arab Spring and we had good relations with them. Thereafter, they lost in the election and other parties formed the Tunisian government and we still have good relations with Tunisia. We would have good relations with all parties elected by the Tunisian people," he said.

Çavuşoğlu also said that despite criticizing the Sissi administration in the past, Ankara has never worked against Egypt in international platforms and did not impose any economic sanctions that would negatively affect the lives of Egyptian. "These are signs that we value Egypt and Egyptians," he added.

Answering questions regarding the possibility of the normalization of Turkish-Egyptian relations, he said: "Our relations will not continue on this same course forever, nor should they." He emphasized that Turkey will not step back to restore relations by giving up its principles: "In fact, we have expressed our thoughts for a resolution; we are not just closing the doors."

"There are steps that need to be taken. This is not an intervention in [Egypt's] domestic affairs. There is a problem. We are sharing our opinions to overcome them as the people of Egypt are our brother," he said.