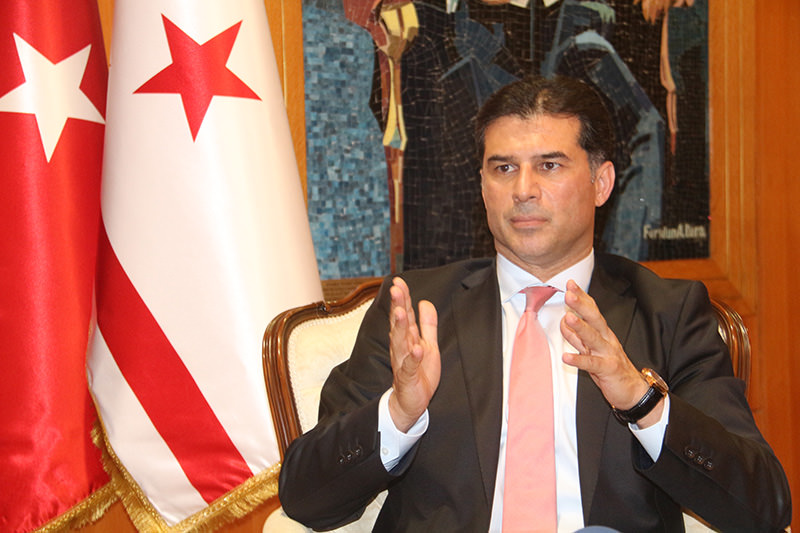 "The National Unity Party (UBP) government will not fall in a difference of opinion in an apparent way when it comes to reaching solution for anything in Cyprus," Özgürgün said in an interview with Anadolu Agency on Tuesday.

"The obstacle in the way of solution has always been the Greek side. It is not possible for president [Mustafa Akıncı] to face any obstacle from the government side," he added, all the while praising Turkey's "effective and active" role as guarantor of TRNC.

Özgürgün also added that as the UBP placed great importance on positive and strong relations with the "motherland", noting that fresh water provision from Turkey to the TRNC was a "very important milestone" in the history of Cyprus.

Turkey, as a benefactor and protector of the TRNC since its establishment, had long been planning to provide fresh water to the island, which lacks its own water resources. The project was officially launched in 2011 and completed in October 2015. Distribution of water has not yet started.

"We hope that the water will reach Turkish Cypriots as soon as possible. Our work has started on that matter," said Özgürgün.

Reunification talks between the Greek Cypriot and Turkish Cypriot communities on the island resumed in May 2015 when the newly elected president Akıncı met with Greek Cypriot leader Nicos Anastasiades.

The eastern Mediterranean island was divided into Turkish and Greek zones a 1974 military coup on the island was followed by the intervention of Turkey as a guarantor power.