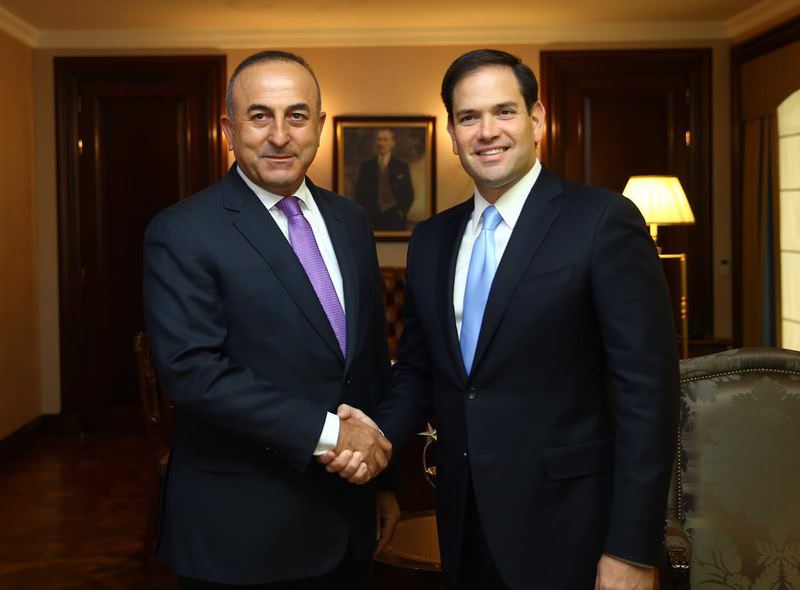 The two officials discussed the current situation in Syria, Iraq and the relations with Russia as well as the cooperation in fight against Daesh, the diplomatic sources said.

Rubio previously expressed his stance on Syrian crisis during his election campaign which is similar to Turkey's current position. He argued that undermining Daesh would not be possible as long as Bashar al-Assad stays in power.

Syria has been locked in a vicious civil war since 2011, when the regime cracked down on pro-democracy protests.