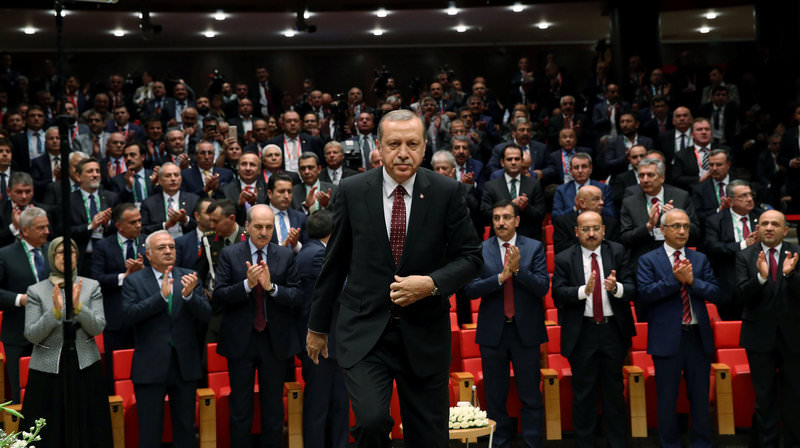 Expressing frustration over European Union failure to keep promises made regarding the comprehensive migrant deal and visa-free travel for Turkish citizens in Europe, President Recep Tayyip Erdoğan said that the bloc is not fulfilling its obligations and that the issue of visa-free travel is not a big deal for Ankara.

In a speech on Tuesday afternoon during an award ceremony by the Turkish Union of Chambers and Commodity Exchanges (TOBB), Erdoğan said: "Are these people [the Turks] not looking after 3 million refugees? They said 'we will give you 3 billion euros,' so had anyone paid this amount yet? No. Their officials come and visit our camps and then say 'Send us your projects [for the funding].' Are you kidding? There are 25 refugee camps. What projects are they talking about?"

Commenting on the EU's promise of visa-free travel and demand to change Turkey's anti-terrorism law, Erdoğan said the EU had previously promised to grant visa liberalization in October 2016. "Now they say it is pulled forward to June. I hope they keep their promise," he said, adding that Turkey will not alter its anti-terrorism law for the sake of visa-free travel. He questioned the sincerity of the EU's commitment to fighting terrorism, and questioned why European officials allowed the PKK terrorist organization to set up propaganda tents outside the EU Parliament and other top institutional buildings.

Drawing attention to the refusal by EU member states to extradite members of terrorist organizations to Turkey, Erdoğan said Europe had only responded positively to 3 percent of Turkey's extradition requests. "Ninety-seven percent of the terrorists who got involved in terrorist activities in our country freely wander around Europe."