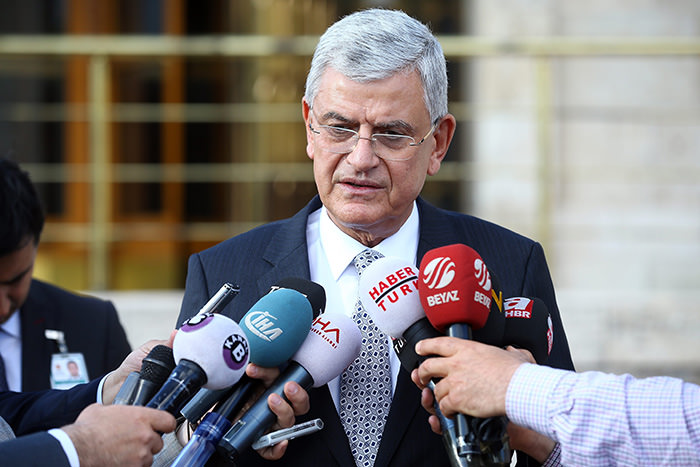 Turkey on Wednesday refused to make changes to its anti-terrorism laws demanded by Brussels after European Union Minister and Chief Negotiator Volkan Bozkır said there will be no changes to the laws.

Bozkır told broadcaster NTV on Wednesday that there had been no deal to change the terrorism laws in exchange for visa-free travel, and said the legislation already met EU standards. "It is not possible for us to accept any changes to the counterterrorism law," Bozkır said. The EU said last week that Turkey still had to change some laws, including narrowing its legal definition of terrorism, to secure visa-free travel for its citizens – part of a wide-ranging deal to secure Turkish help in reducing the flow of migrants into Europe.

President Recep Tayyip Erdogan told the EU on Friday that Turkey would not make the changes, declaring: "We're going our way, you go yours."

The five remaining benchmarks that Ankara has to fulfill to be granted visa liberalization according to the EU include measures to prevent corruption, data protection standards in line with EU standards, cooperation with EU's law enforcement agency Europol, judicial cooperation on criminal matters with all EU member states and "revising the legislation and practices on terrorism in line with European standards."