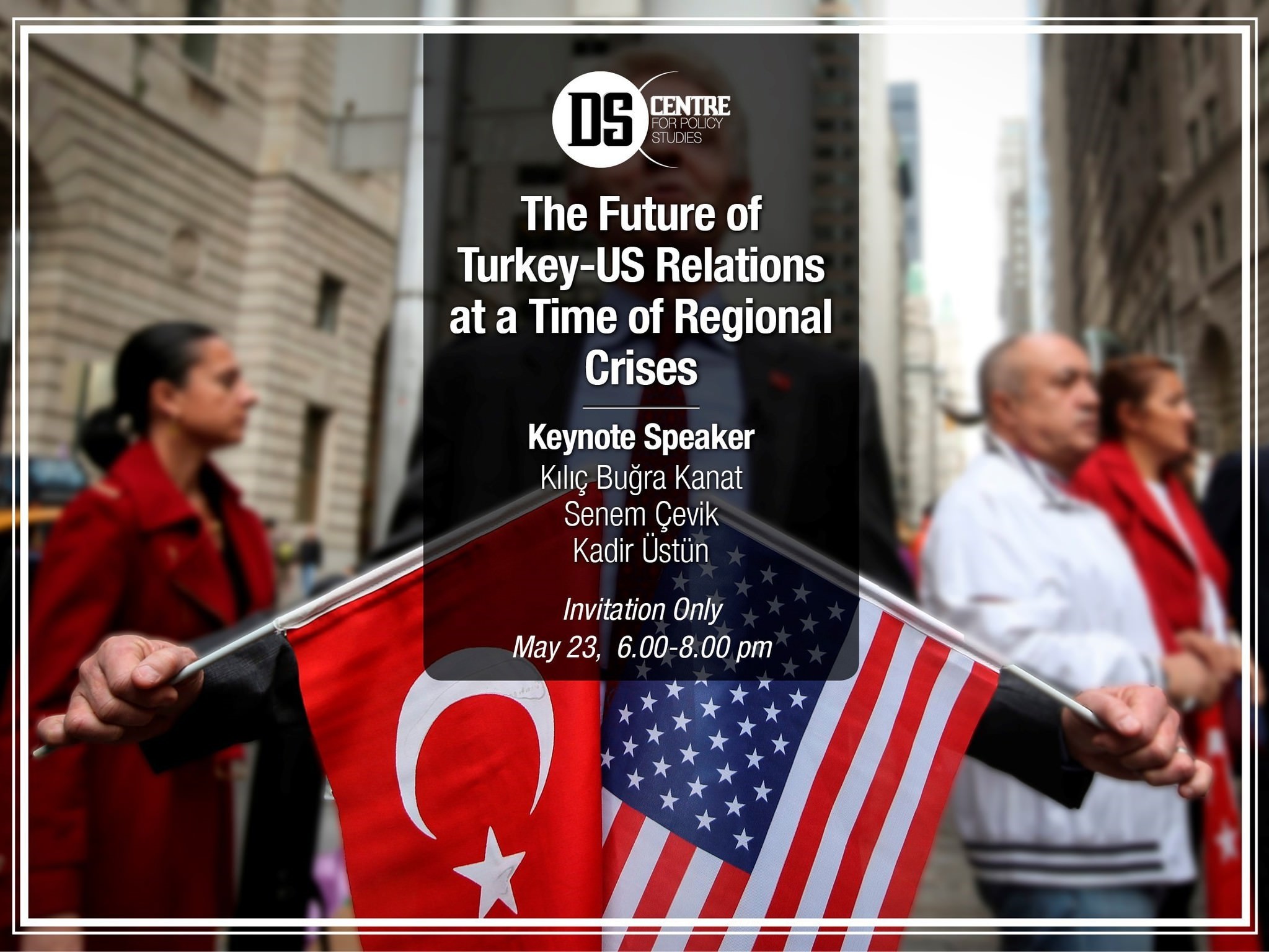 by Daily Sabah May 23, 2016 12:00 am
DS Centre for Policy Studies has organized on Monday its monthly roundtable discussion on "The Future of Turkey-US Relations at a Time of Regional Crises" in Istanbul.

The meeting, which will host Turkish and foreign journalists, is to be held as an invitation-only round table discussion. The keynote speakers will include prominent academics in the field, including B. Senem Çevik, Kadir Üstün, and Kılıç Buğra Kanat.

The participants will present their views on Turkey's ongoing foreign policy vis-a-vis the United States and will discuss how Turkey's relationship with the North Atlantic Treaty Organization (NATO) is progressing in view of recent regional crises.

The DS Centre for Policy Studies is the think tank extension of Daily Sabah and has been organizing conferences and events worldwide since it was established in March 2015. Centre so far collaborated with various prominent think-tanks and universities. Last April, centre held its first ever journalism academy in Turkey with the participation of foreign journalists all around the world. Centre has also held conferences jointly with European Council on Foreign Relations (ECFR) in London, Carnegie Moscow Center and The Royal United Services Institute (RUSI).
Last Update: May 23, 2016 3:06 pm
RELATED TOPICS