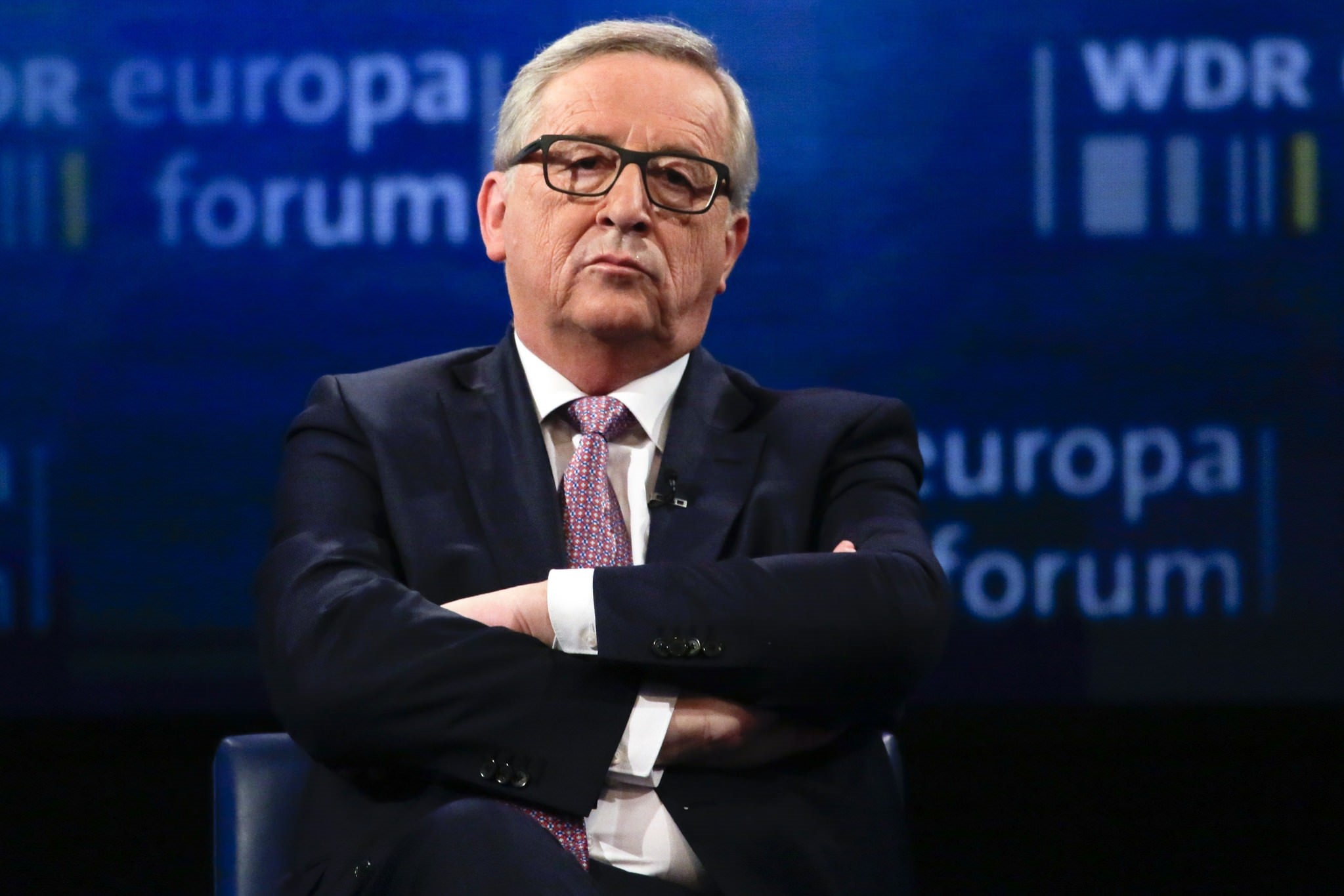 The President on the European Commission Jean-Claude Junker (AP Photo)
by Daily Sabah May 26, 2016 12:00 am

German Chancellor Angela Merkel on Wednesday brushed off concerns about a landmark EU-Turkey deal designed to stem the flow of migrants to Europe after critical comments by President Recep Tayyip Erdoğan. "I am not worried," Merkel told reporters. "Perhaps some issues will require more time, but in principle we, for our part, will stick to the agreement."

However, European Commission President Jean-Claude Juncker said at the Group of Seven summit Thursday that Ankara should meet the EU's demand to soften Turkey's anti-terrorism law.

Juncker called for Turkey to "stick to commitments" while Ankara accuses the bloc of failing to fulfill any of the promises they made as part of the landmark migrant deal.

Speaking at the U.N.-organized world humanitarian summit in Istanbul Tuesday, President Recep Tayyip Erdoğan said that Turkey will not take further steps to implement the refugee readmission agreement with the European Union until progress is made on visa liberalization for Turkish citizens.
Last Update: May 26, 2016 4:13 pm
RELATED TOPICS