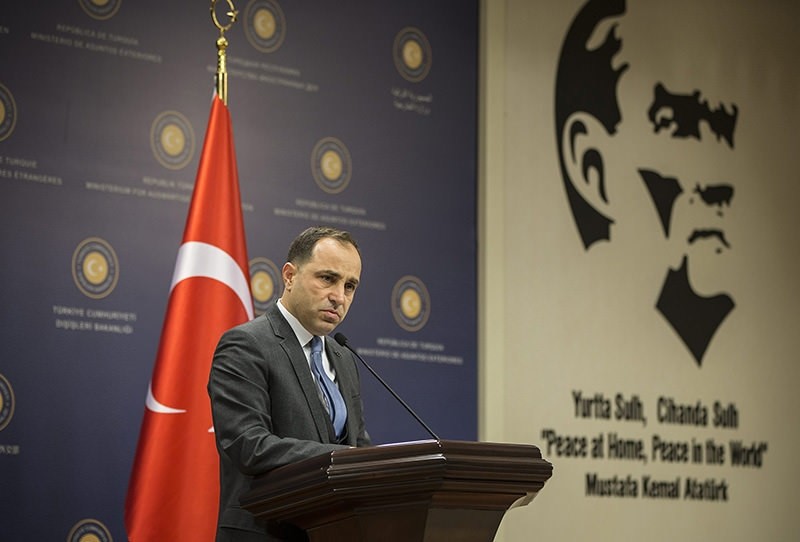 "Since February, France has been the scene of street protests and strikes over the labor law reforms that are currently being debated at the national assembly and the senate," Foreign Ministry spokesman Tanju Bilgiç said yesterday, adding that the incidents are growing "more violent."

Bilgiç called on both French authorities and protesters to show restraint so that the situation can calm down as soon as possible. "We are concerned about the intervention of French security forces, which keeps getting harsher, and call on officials to avoid using disproportionate force on the demonstrators. We believe all necessary measures will be promptly taken by French authorities to ensure that peace is restored and the demonstrations take place in a democratic and peaceful manner," he said.

A wave of strikes began in the country last year over the controversial proposed labor reforms, which would give employers greater freedom to cut pay and lay off workers. They would also weaken unions' power to negotiate over such issues as working hours, which in France average 35 hours a week.

France's biggest worker's confederation, the General Confederation of Labour (CGT), vowed to continue with the strike until the draft labor reforms are withdrawn. Amid a fresh wave of protests over the bitterly disputed labor law, many videos showing police and security forces apparently using disproportionate force on labor protesters have attracted viewers and controversy. In one of the videos captured last week in Toulouse, a policeman is seen pushing a young woman's shoulder and grabbing her by the neck before she falls to the ground.

French authorities ordered the removal of some of the videos showing police using violence on protesters, saying they posed a threat to security forces. French media has been criticized in social media for not airing videos showing security forces using disproportionate force and for paying the issue little attention.

French Prime Minister Manuel Valls, one of the staunchest reform advocates, has insisted the reforms will not be withdrawn, but could be slightly "modified."