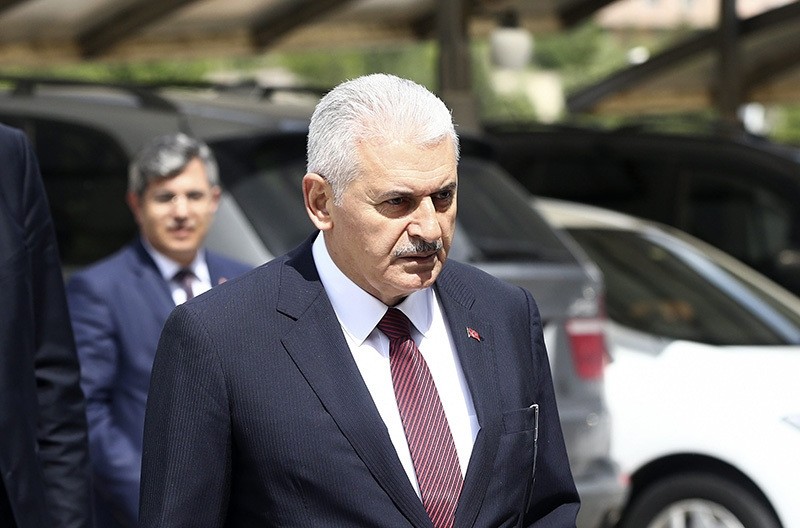 As German parliament is set to vote on a controversial Armenian resolution bill today, Ankara has made its dissatisfaction known and predicts that bilateral relations will worsen as a result.

Ankara does not want to see relations with Berlin damaged, but they will be if German parliament votes to recognize the mass deaths of Ottoman Armenians in 1915 as genocide, Prime Minister Binali Yıldırım said Wednesday.

Yıldırım was speaking to reporters at the Esenboğa Airport in Ankara ahead of his first official visit to Turkish Cyprus.

"We do not have anything secret or hidden. ... Let the past and history of all countries be investigated. But let historians do this," he said.

Yıldırım said that history was being made an "instrument of politics," calling the German parliament vote "nonsense."

Referring to Germany's large Turkish community, Yıldırım added: "I hope that German parliament and other decision makers will not turn a deaf ear to the 3.5 million voters. Therefore, we do not want such a resolution to pass," Yıldırım said.

"This is null and void for us, but we do not want [it to] pass," he reiterated.

President Recep Tayyip Erdoğan on Tuesday expressed his concern to German Chancellor Angela Merkel about the bill regarding the 1915 events, and urged Germany to show common sense, warning bilateral relations could be damaged.

Merkel and Erdoğan also spoke of the importance of talks regarding the Readmission Agreement between Turkey and the European Union to continue.

Erdoğan also touched on the issue before leaving for a trip to Uganda and Kenya and said that Merkel told him Germany will do whatever it can to address Turkey's concerns.

He also said that bilateral relations between Turkey and Germany would be damaged if Germany passes the bill.

The deaths of Ottoman Armenians in Anatolia in 1915 followed attacks by partisan Armenian groups on Kurdish villages in what is now southeastern Turkey, and some Armenian groups siding with the invading Russians and fighting against Ottoman forces. A subsequent widespread relocation of Armenians resulted in mass deaths.

Turkey rejects labeling the deaths genocide but acknowledges that large numbers of Armenians died, stipulating that Turks dies, too.