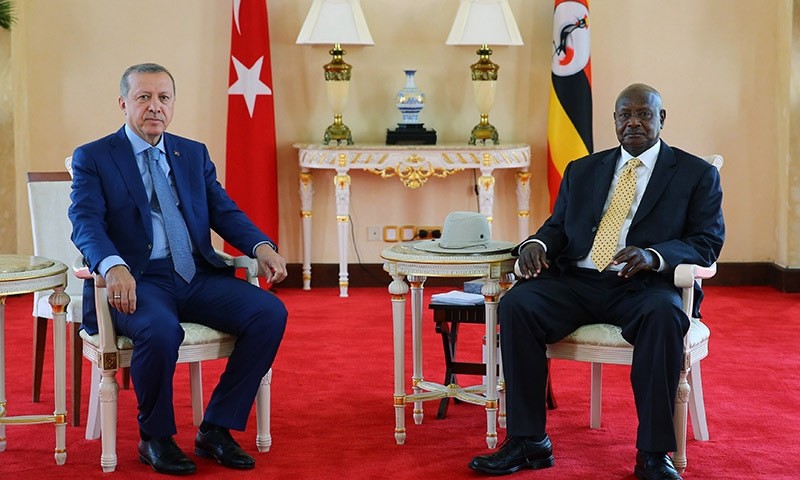 President Recep Tayyip Erdoğan on Wednesday criticized the unjust structure of the United Nations once again and said that among five permanent UN Security Council members there is no Muslim or African nation; such a structure cannot provide justice throughout the world.

Speaking at a joint press conference with his Ugandan counterpart Yoweri Museveni in Kampala, Erdoğan underscored the importance of international cooperation, responsibility and justice, while Musevini praised Turkey's development and stance in the region.

''Among five permanent UN Security Council members there is no Muslim or African nation; such a structure cannot provide justice throughout the world'' Erdoğan said and noted once again that the world is bigger than five.

The President noted that Turkey is proud it never had a colonial past in Africa, and wants to cooperate on a 'win-win' basis.

''I expressed that we are ready to share our experience in infrastructure and superstructure'' he said, and added that Turkey wants to build a larger embassy in Uganda.

''Turkey's foreign policy supports sovereignty of all countries,'' he said, and noted that while Turkey used to be called the 'sick man of Europe' in the 19th century, it has now become an engine for growth in Europe and the world.

A cooperation policy with Africa has opened the door for Turkey to develop ties with Uganda, an African country with great economic potential, and is the reason for Erdoğan's four-day trip to the continent.