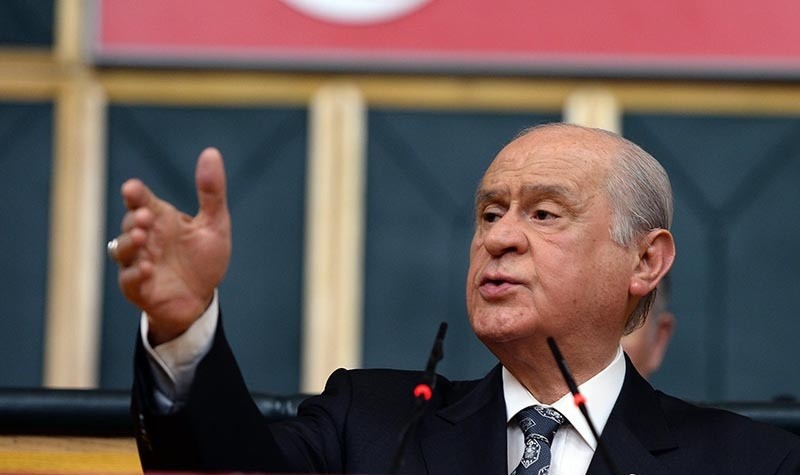 Opposition Nationalist Movement Party (MHP) chairman Devlet Bahçeli harshly criticized the resolution passed by the Parliament of the Federal Republic of German recognizing 1915 events as 'genocide,' and said that Germany should first look at its own past, while he urged the government led by Prime Minister Binali Yıldırım to 'do whatever is necessary' regarding the Readmission Agreement and Germany's military presence in İncirlik base.

Bahçeli said that Turkey should impose diplomatic sanctions on Germany for smearing Turkey with baseless allegations, while he criticized Germany for siding with the lies of Armenian Diaspora.

''If Germany is looking for traces of genocide, and see examples of massacres against the common values and heritage of humanity, ethically and legally it should take a careful look at its past first'' Bahçeli said, and added that Turkey's history has never been stained by genocide.

Bahçeli also said that relations between Turkey and Germany have seriously been hurt and that the friendship between the two countries has significantly been damaged.

The lower house of Germany's Federal Parliament approved a controversial motion labeling the 1915 events as 'genocide' on Thursday, despite warnings from Turkey that the decision would substantially damage bilateral relations between the two countries.

Prime Minister Binali Yıldırım said earlier this week Turkey would not nix a deal with the European Union on curbing the flow of migrants to Europe over the motion, but told party officials in Ankara earlier Thursday that the vote was a "true test of friendship."