Thousands of Turks rally against Armenian resolution bill in Berlin 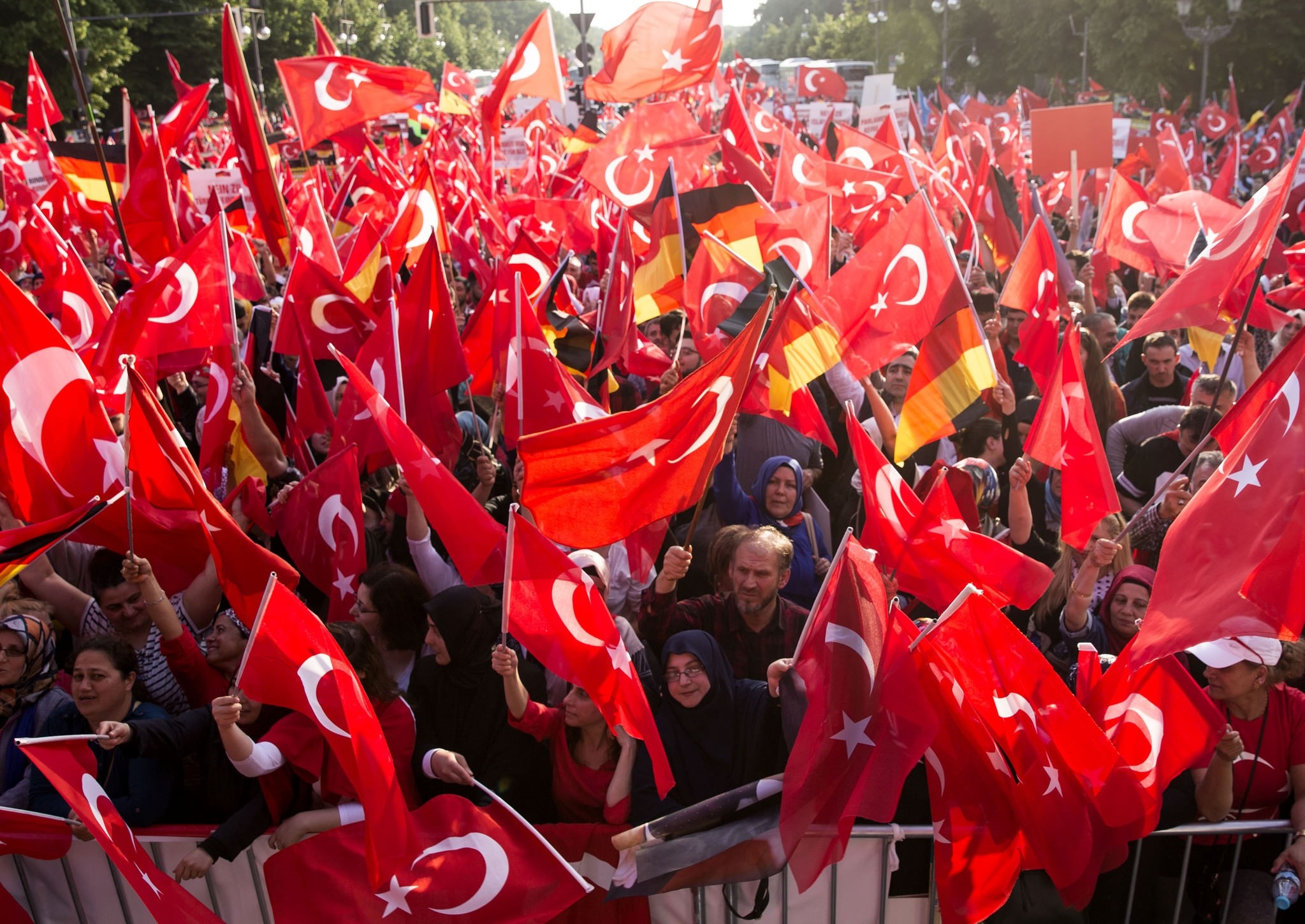 Around 10,000 ethnic Turks rallied in Berlin on Wednesday in protest at a parliamentary proposal to refer to the deaths of Ottoman Armenians in 1915 as genocide.

The resolution, which is to be voted on this Thursday, refers to the deportation of Armenians without reference to the deaths of Muslim Ottomans during World War I.

Addressing the crowd in front of the Brandenburg Gate, Turkish scholar Ali Soylemezoglu dismissed claims of the systematic killing of Armenians in eastern Anatolia in 1915.

"There is no genocide in our history," he said. "This resolution is not based on facts, it is a smear on us."

Demonstrators carried Turkish and German flags as well as placards reading "Stop distorting historical facts," "We are against hate, we are for solidarity," "Long live Turkish-German friendship" and "No to lies about genocide."

Gokay Sofuoglu, head of the Turkish Community in Germany umbrella group, said the resolution would not help reconciliation between Turkey and Armenia but could further alienate Turkish immigrants in Germany.

"We have been arguing for many years that there is a need to establish a commission of historians, carry out extensive research and later take steps in line with its outcome," he told Anadolu Agency, pointing to disputes among historians about the events of 1915.

Sofuoglu said it should be up to international courts to decide whether the deportation of Armenians involved systematic killings, as claimed by Armenian historians but disputed by many Turkish scholars.

"Genocide is a special concept in law," he said. "The decisions of parliaments change over time. In the future you may have another group getting a majority in parliament and making a completely different decision about it," he commented.

"In recent years, Turks in Germany have been uneasy about politicians' double standards on issues related to Turkey," she said. "They are losing confidence in German politics. We hope that German lawmakers won't lead to the Turkish community being further alienated."

Bilgin underlined that passage of the motion would have a negative impact on integration, as well as on relations between Turkey and Germany.

Germany's parliament is set to vote Thursday on the controversial resolution submitted by the parliamentary groups of the ruling Christian Democrats, its coalition partner the Social Democrats, and the opposition Green Party.

The non-binding resolution accuses the Ottoman government of 1915 of carrying out systematic genocide against Armenians, as well as other Christian minorities.

Chancellor Angela Merkel's coalition government has not actively supported the controversial resolution, but also has not tried to block it in parliament.

Merkel's spokeswoman said Wednesday that she would not attend the vote on Thursday, due to scheduling conflicts.

But deputy government spokeswoman Christiane Wirtz confirmed that Merkel had voted in favor of the draft resolution, during a consultative vote in her parliamentary group.

Merkel has recently faced widespread criticism from the media and opposition parties for her close cooperation with Turkey to address the refugee crisis.

Critics argue that Merkel has made Germany dependent on Turkey, and is giving in to pressure from Ankara on many foreign policy issues while shying away from criticizing human rights shortcomings.

Many lawmakers from the ruling parties back the resolution in hopes of demonstrating to the public that they are not giving into pressure from Ankara.

If approved Thursday, the resolution would be the first one by a German parliament clearly calling the Armenian tragedy of 1915 a "genocide."

"I hope and expect that the decision of Germany's federal parliament tomorrow will not bring any long-term damage to relations with Turkey," Schafer told reporters in Berlin.

"On the contrary we have many issues that we would like to address together with Turkey, including the years-long process of Turkey's membership application to the EU, but also many other issues. That also includes the refugee deal," he added.

Turkey's position is that the deaths of Armenians in eastern Anatolia in 1915 occurred after some sided with invading Russians and revolted against Ottoman forces. A subsequent relocation of Armenians resulted in numerous casualties.

Ankara denies the alleged genocide, but acknowledges that there were casualties on both sides during these World War I events.

Ankara has repeatedly proposed the creation of a joint commission of historians from Turkey and Armenia in addition to international experts in order to tackle the issue.