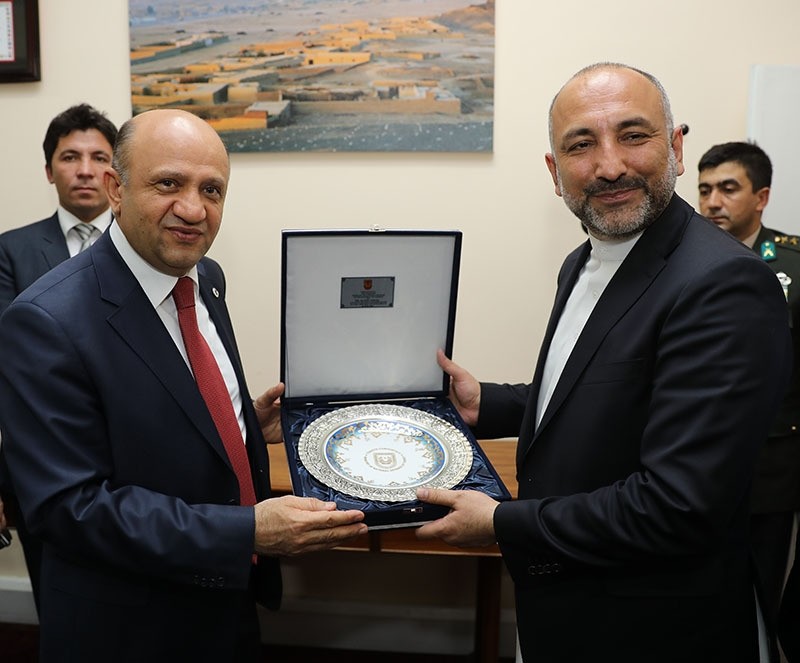 NATO's presence in Afghanistan is important for the country's safety, the Turkish defense minister said during his visit to the Afghan capital Kabul Sunday.

"Turkey, at every chance, keeps calling on all international parties involved not to leave Afghanistan alone in its critical situation. We are glad to see our efforts receive a positive response," Işık said.

"For the sake of peace in the region, Afghanistan and Pakistan should cooperate with each other. NATO's presence in the country is important for safety and Turkey continues to back Afghan peace in line with NATO," he said.

Işık said Turkey's vision for Afghanistan was to see the country as a center of big construction projects, to see peace and stability, where everyone lives in solidarity with its neighboring countries,

"In this vision, Turkey's ties with Afghanistan last a long time," he said.

"The friendship between Turkey and Afghanistan dates back a long time and Turkey has always appreciated Afghanistan's close support during World War I," the minister said.

Ghani appreciated Turkey's support for Afghanistan, saying: "Turkey is seriously assisting Afghanistan through military training. [Some of] our troops have been trained in Turkey, some Turkish military officials are also training our military staff in Kabul."