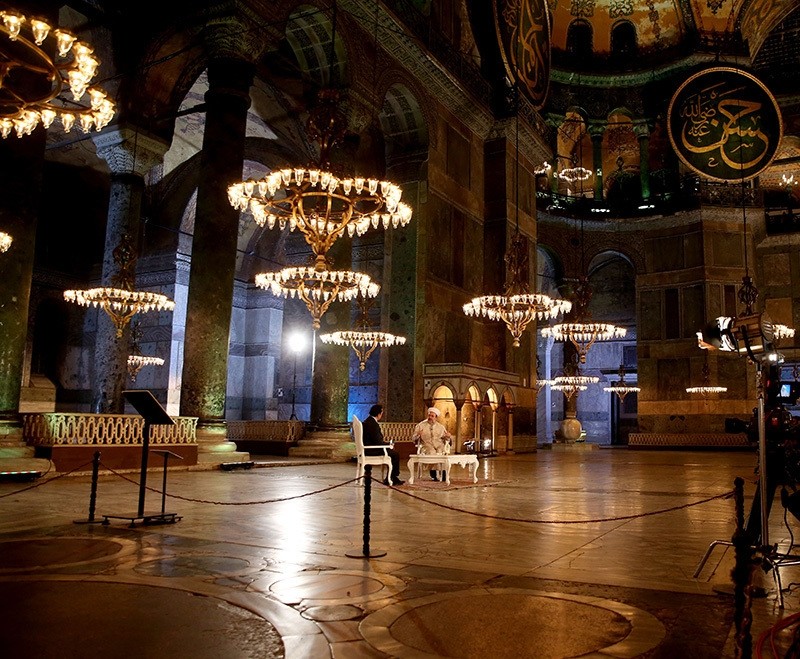 The Foreign Ministry denounced the Greek Foreign Ministry over its recent remarks regarding Turkish authorities scheduling a Quran reading in the Hagia Sophia museum for the 30 days of Ramadan.

"We condemn as regressive the Turkish authorities' announcement of the scheduling of a Quran reading in Hagia Sophia in Istanbul, on the occasion of Ramadan," a June 6 statement from the Greek Foreign Ministry said.

We call on Greece, which has not allowed the establishment of a mosque in its capital for years and continuously interferes with the religious freedoms of the Turkish minority in Western Thrace and mixes anti-Islamism with modernity, for common sense in its statements and stance," the Foreign Ministry said on June 8, adding in the statement that modern, democratic, secular societies' values also include respect of other religions and practices.