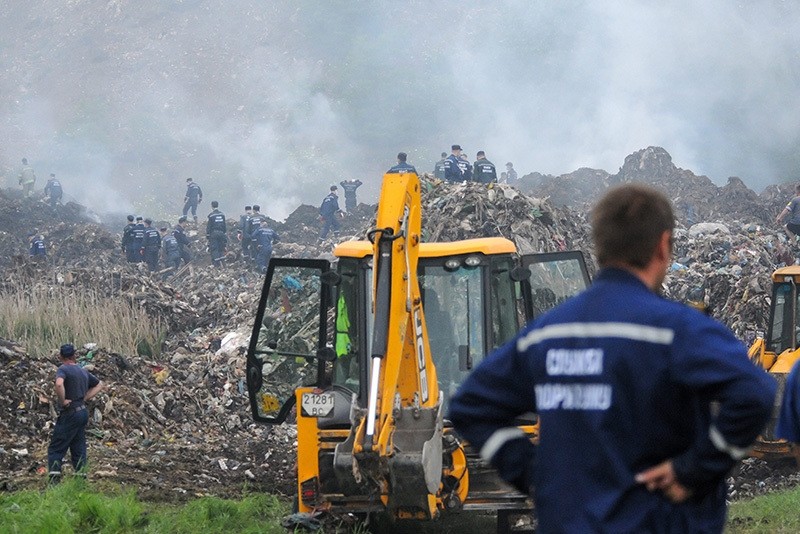 Ukrainian President Petro Poroshenko thanked his Turkish counterpart Recep Tayyip Erdoğan for offering support to extinguish the fire broke out two weeks ago at the landfill site near western city of Lviv.

Poroshenko tweeted that Erdoğan offered to send a fire fighting aircraft. "Grateful to Pres @RT_Erdogan for readiness to send a special plane to help UA extinguish fire near Lviv. A friend in need is a friend indeed" Poroshenko wrote in tweet sent from his official Twitter account.

Grateful to Pres @RT_Erdogan for readiness to send a special plane to help UA extinguish fire near Lviv. A friend in need is a friend indeed


Ukrainian authorities declared a state of emergency in the Lviv region on June 11 to extinguish the fire, which started late May. The fire also triggered a massive wave of falling garbage on May 30, killing four people, Radio Free Europe/Radio Liberty reported.

The Mayor of Lviv Andriy Sadovyy claimed that arson caused the fire, and blamed the central government in Kiev for failing to send aircraft to extinguish the fire.

The incident caused riots in the city demanding Sadovyy's resignation.

A statement released by the firefighter units said on June 9 that the blaze had been brought under control.

In a similar incident in June 1993, around 40 people living in slums near a landfill site in Istanbul's Ümraniye district were killed as tons of untreated garbage exploded due to methane entrapment and subsequent garbage wave. Rehabilitation of the site was among the major projects undertaken by Erdoğan when he took office as the Mayor of Istanbul in 1994 local elections.