Deputy PM confirms Germany’s demand to use İncirlik Air Base, says no decision made yet 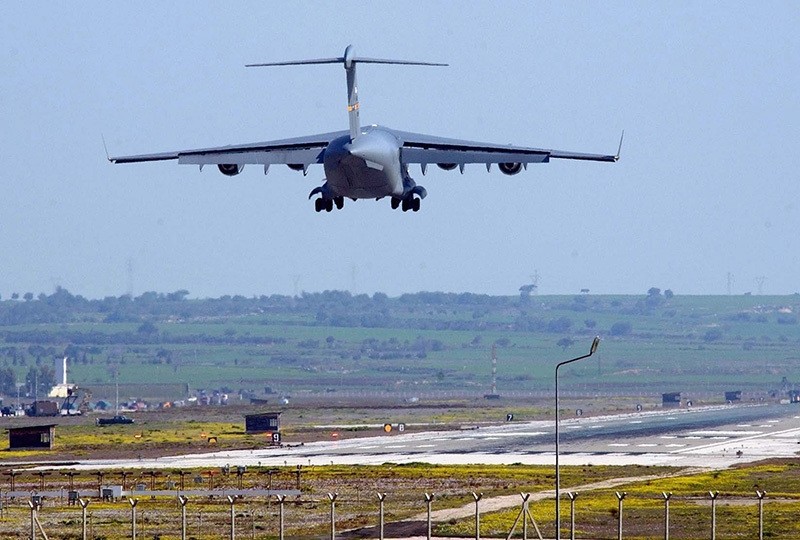 A decision regarding Germany's demand to set up military facilities at the İncirlik Air Base, located in southern Turkey, has not yet been made, Deputy Prime Minister Nurettin Canikli said on Monday.

"Germany has asked for a demand regarding [the use of] İncirlik Air Base. A decision has not been reached yet regarding this demand," Canikli told a press conference following a cabinet meeting. "The existence of a demand is correct, but any other evaluations are no more than speculations," he said.

Citing a spokesman of German Defense Ministry, a report by the country's international broadcaster Deutsche Welle (DW) on Friday claimed that the two countries had agreed on basic issues and talks are ongoing on the "Turkish-German Technical Arrangement Agreement" to regulate work regarding German planes and personnel at the air base.

When previously asked about stories in the German media that Berlin was seeking a base near İncirlik, President Recep Tayyip Erdoğan said, "Such matters depend on developments. As a NATO member, such deployments benefit us. Germany or France building such a thing near İncirlik could benefit us, we should not forget," but added that such matters can only happen with Ankara's permission.

Deputy PM Canikli further said on Monday that Ankara was working on potential steps in response to the German parliament passing a resolution declaring the 1915 event as "genocide."

"It is not possible for us to remain indifferent to this," Canikli said. "Work on whether it would be possible to overturn this decision and what steps can be taken is still underway" he added.