'Turkey condemns attack in Orlando, we do not discriminate between terror organizations' 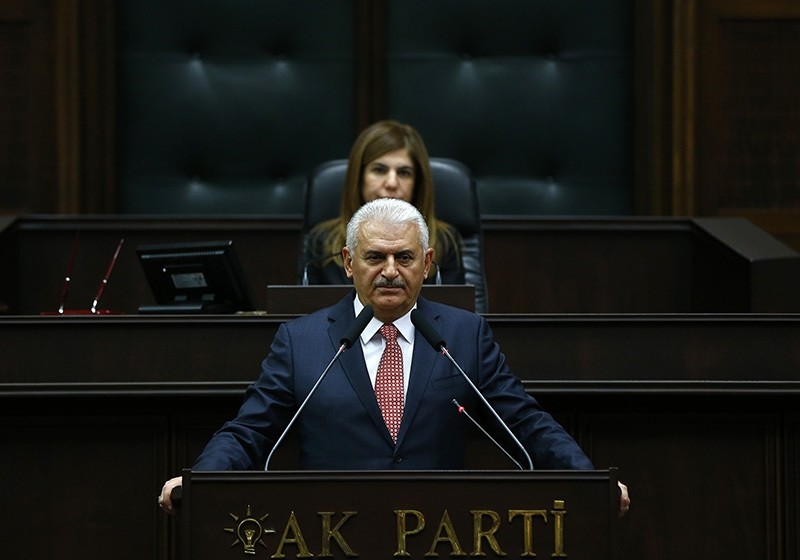 Prime Minister Binali Yıldırım said on Tuesday that Turkey strongly condemns the deadly attack in Orlando and the country does not discriminate between terror organizations. The prime minister made the comments during the ruling Justice and Development (AK) party's parliamentary group meeting.

Emphasizing that Turkey was itself grappling with terror organizations both inside and outside the country PM Binali said, "Turkey will never allow a new formation on its border with Northern Syria."

"There are plans regarding Syria's northern border as well as Mosul and its northern part…For the sake of Turkey's territorial integrity and independence, such actions will never be met with toleration on our part," the PM said.

"We will do whatever is necessary without any hesitation," he added.

Turkey will never change its anti-terrorism laws, even if it would mean a collapse in a deal with the European Union to secure visa-free travel for Turks to Europe, according Yıldırım.

Turkey and the EU have been discussing visa liberalization since 2013 and agreed in March to go ahead with it as part of a broader deal to halt illegal immigration from Turkey to the EU. But progress stalled when Brussels insisted that Ankara must also reform its tough anti-terror laws, which met by resistance on Turkish side due to ongoing terror attacks by the PKK and Daesh.

"If we go into books of genocide in world history, you will see every name there except Turkey" he said.