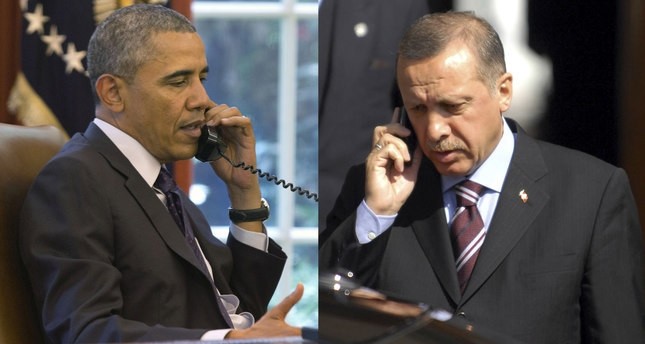 President Recep Tayyip Erdoğan offered condolences to US President Barack Obama Wednesday after the shooting at a gay nightclub in Orlando, Florida, that killed 50 people and injured at least 53 more.

Erdoğan told Obama that Orlando terror attack once again confirmed the importance of international cooperation to struggle against terrorism and reiterated that terror has no religion or nationality, presidential sources reported.

The president also said that Islam, as a religion of peace, cannot be associated with terrorism.

Obama thanked Erdoğan for his sensitivity regarding the issue and the two leaders agreed to proceed with cooperation in the Middle East in general and, Syria in particular.

On Sunday, a gunman, Omar Mateen, a New York-born Florida resident and U.S. citizen who was the son of Afghan immigrants, killed 50 people and injured 53 more at a gay nightclub in Orlando, Florida.