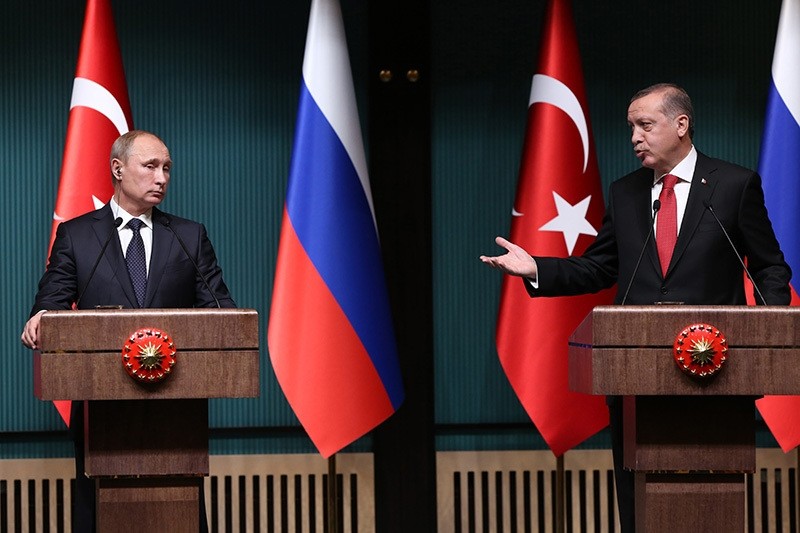 Speaking at an iftar, or fast-breaking, program with correspondents of the prime ministry, Kurtulmuş said Turkey and Russia had deep relations -- economic, political and cultural -- and cannot discard each other.

Erdoğan congratulated his Russian counterpart Vladimir Putin on Russia Day, marked June 12 as a national holiday to commemorate the proclamation of Russia's sovereignty.

In the message sent Sunday, Erdoğan wished for the Turkish-Russian relations to "rise to the level they deserve" in the future, sources said.

"I hope a key step will have been taken in the process of normalization, with letters of our president and prime minister. This is also a declaration of Turkey's will for normalization of this process.

"God willing, an improvement will appear in relations between Turkish-Russian that has begun with plane crisis and results will be taken," Kurtulmuş said.

Diplomatic relations between the countries soured after a Russian SU-24 violated Turkish airspace and was intercepted and shot down Nov. 24 by Turkish F-16 fighters. The Kremlin ordered sanctions on food products, an end to visa-free travel and a boycott of Turkey by Russian tourists.

However, the deputy prime minister said Erdoğan's remarks did not mean Ankara and Moscow agree on political issues or will solve all regional issues.

"Our opinion differences on many issues including Syria may remain. But the bottom line is that it is essential to maintain peace between the two neighboring countries. I hope that a similar signal will come from the Russian side. Russia has already revealed attitudes of this kind," Kurtulmuş concluded.
Last Update: Jun 15, 2016 3:30 pm
RELATED TOPICS