Erdoğan slams European Parliament over PYD flags on its walls 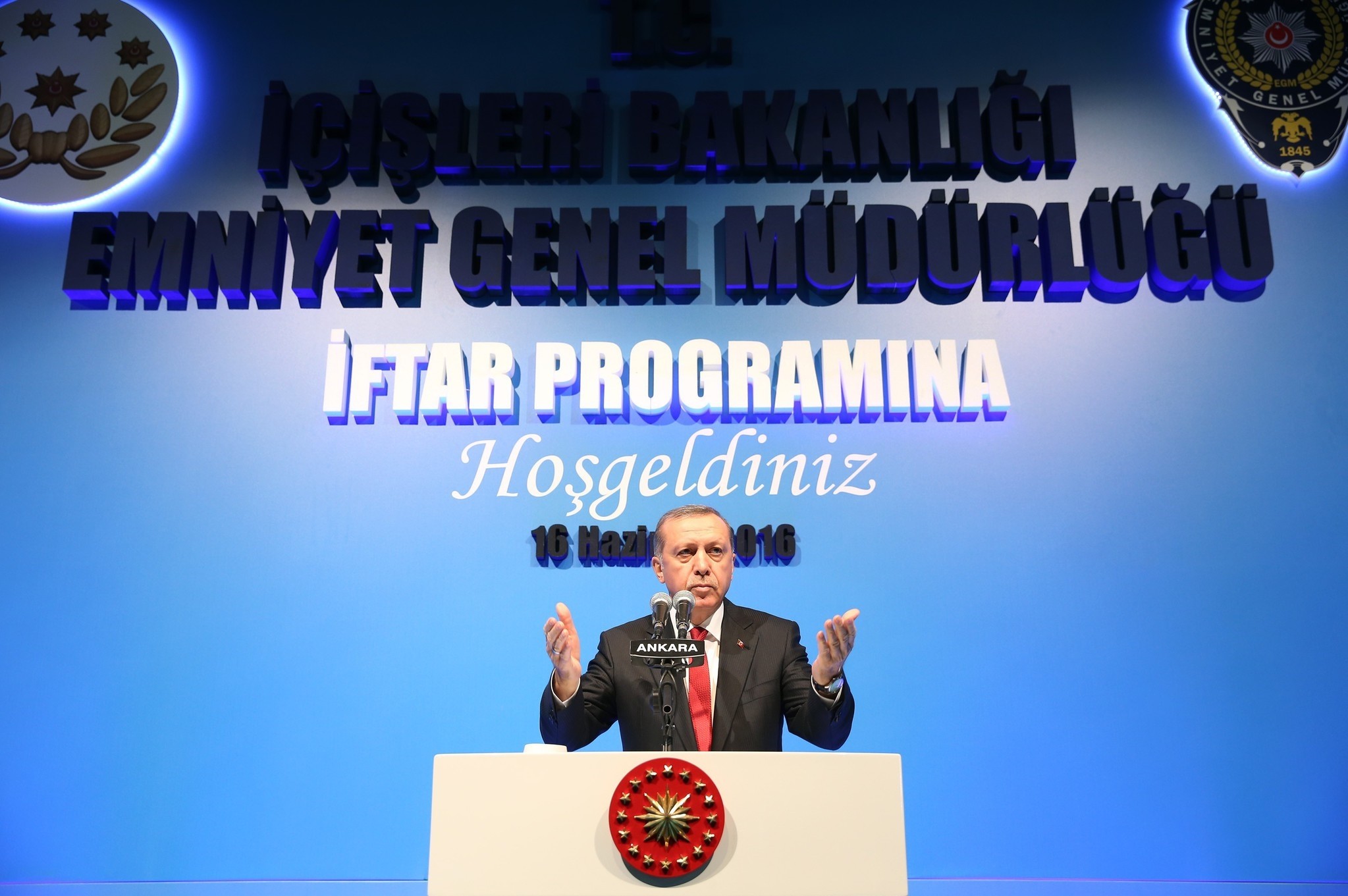 Addressing security forces during an iftar dinner on Thursday, Erdoğan said Turkey would call European Parliament to account for hanging "terrorist group" flags that target Turkey on its walls.

On Wednesday, photos showing pro-Kurdish Peoples' Democratic Party (HDP) Co-Chair Selahattin Demirtaş posing in front of PYD flags on a wall in a hall of European Parliament were published in Turkish media.

The president also said Turkey's fight against the Gülenist Terror Organization (FETÖ), also known as the "parallel structure," would continue, and he accused the FETÖ of cooperating with PKK factions against Turkey.

The FETÖ is accused of being a clandestine group of bureaucrats and senior officials, allegedly embedded in the country's state institutions, including the judiciary and the police.

Erdoğan repeatedly warned Western allies about the PYD and YPG's ties with the PKK, saying history will not forgive those who enabled these terrorist organizations.

The PYD and YPG are affiliated with the PKK, which has been fighting a terrorist insurgency against the Turkish state since 1984 and is recognized as a terror organization by the EU and U.S.