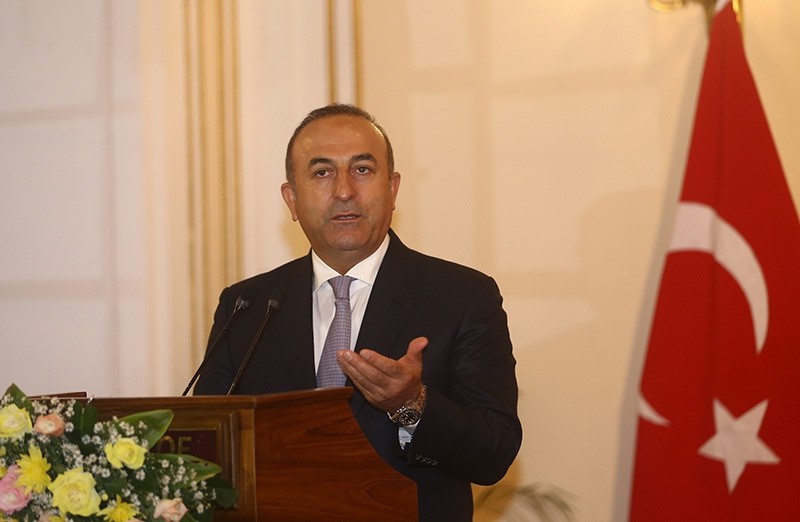 As normalization talks between Turkey and Israel continue with the two countries holding talks to mend ties, which deteriorated sharply over the situation in the Gaza Strip, Foreign Minister Mevlüt Çavuşoğlu told the media on Wednesday that reaching a deal during upcoming meetings with Israel depends on steps the Israeli government will take.

The Jerusalem Post recently reported that the Hamas office in Turkey was mentioned as a condition during normalization talks, with Israel urging strong measures against senior Hamas officials in Turkey, mainly by limiting their freedom of movement within the country and shutting down their offices. Çavuşoğlu said that Turkey's relations with Hamas are not subject to any discussion. "I do not think we have an issue related to Hamas. Our contacts with Hamas or our suggestions to Hamas leaders from the very beginning are not clandestine. Permanent peace and a solution cannot be achieved without Hamas and it is agreed upon by not only Israel, but also by countries that are interested in the Middle East. … There is no condition related to Hamas for the normalization of our relations," he said.

Speaking at a joint press conference with Turkish Cyprus Foreign Minister Tahsin Ertuğruloğlu, Çavuşoğlu spoke of the ongoing normalization talks with Israel and said Turkey will continue its contact with Hamas for the sake of intra-Palestinian unity and Middle East peace. Several media outlets reported that the meeting between Turkey and Israel would be held on Sunday, but Çavuşoğlu did not give the date for the meeting. He said: "Our conditions are not complicated, they are plain conditions. They need to be fulfilled the same as our demand for an apology [for the Mavi Marmara raid]. Once our preconditions are fulfilled, then relations will normalize [and we will] send back our ambassadors." Underlining that humanitarian aid must reach Gaza and that infrastructure must be rebuilt, Çavuşoğlu said they address such issues comprehensively.

Relations between Turkey and Israel hit an all-time low after Israeli commandos staged a botched pre-dawn raid on a six-ship flotilla in May 2010 as it tried to run the blockade on the Gaza Strip. Nine people on board the Turkish-owned Mavi Marmara ferry were killed, with a tenth person later dying of his wounds, sparking a bitter diplomatic crisis. All 10 were Turkish nationals.

Prior to the press conference, Ertuğruloğlu and Çavuşoğlu discussed recent developments regarding the Cyprus reunification talks. Explaining that the Greek Cypriot elections are over and that there is no excuse to postpone the talks, Çavuşoğlu said that Turkey anticipates the reunification talks will successfully conclude within the year.

Ertuğruloğlu urged the talks to be realistic and said, "Cyprus is not a Hellenic island." Çavuşoğlu said that Turkey is not responsible for delaying the reunification talks and that the 1+5 meeting must be held if a solution is wanted on the island.

Forestry and Water Affairs Minister Veysel Eroğlu had offered to help fight the forest fire in Greek Cyprus by sending two helicopters and an aircraft from Mersin and Antalya, but Çavuşoğlu said that Greek Cyprus set the condition of where the aircraft could land, which he said was unacceptable. He said: "Greek Cyprus is trying to take advantage of this sensitive and humanitarian matter."