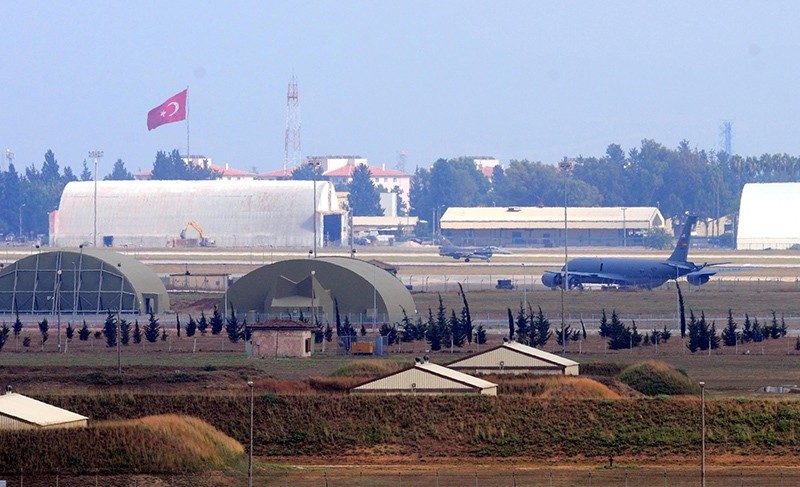 Foreign Minister Mevlüt Çavuşoğlu said on Thursday that visits by political delegations to İncirlik base are not seen as appropriate, in response to reports on the refusal of German officials to İncirlik air base in Turkey.

"This is the essence of the issue. If a technical military team wants to come from Germany they already have troops deployed here, but we do not see it as appropriate for the rest to come" Çavuşoğlu told reporters during a joint press conference with his Maltese counterpart George William Vella in Ankara.

Reports emerged on Wednesday about Turkey blocking the plans of a senior German defence official to visit Incirlik air base in July.

Germany has about 250 soldiers stationed at the base in southern Turkey, along with six Tornado reconnaissance jets and a refueling plane, all of which are participating in a U.S.-led air campaign against Daesh militants in Iraq and Syria.

"Turkish officials do not currently approve of the travel plans," a ministry spokesman said, confirming a report published by the website of the German magazine Spiegel.

Ralf Brauksiepe, a deputy to German Defence Minister Ursula von der Leyen, had planned to visit the Incirlik military air base along with some German lawmakers next month, the spokesman said, adding that Berlin still hoped the trip could go ahead.

Just last week, a German defence ministry spokesman had said the two countries were finalizing an agreement on construction of new housing and aircraft facilities for German forces at the Incirlik air base, holding the deal up as evidence of the continued strength of German-Turkish military relations.