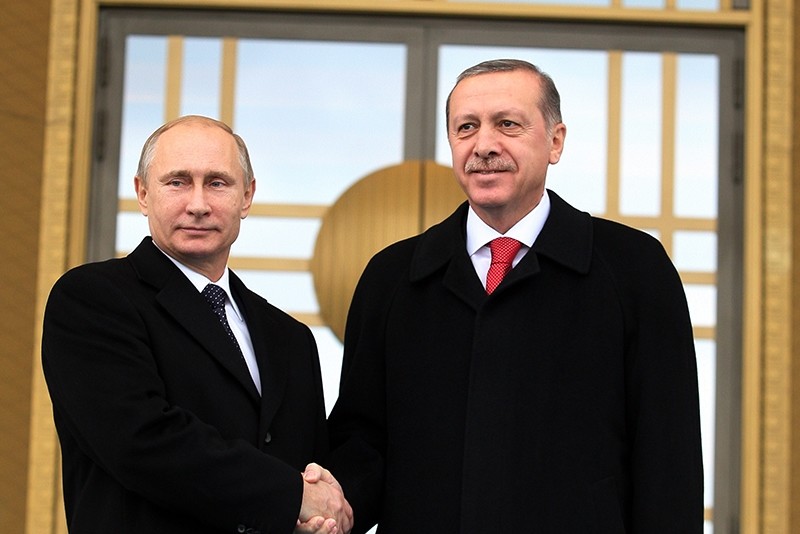 First time since the jet downing crisis in November last year, President Erdoğan and Russian President Putin talked on the phone in a positive atmosphere. The two leaders also agreed to meet in person at China’s G20 meeting in September

Russian President Vladimir Putin made a phone call to President Recep Tayyip Erdoğan on Wednesday as the first time since the jet crisis, which took place in November 2015 when Turkey shot down a Russian warplane, and the two leaders agreed to meet in person at the upcoming G20 meeting in China in September.

Shortly after the phone call, presidential sources said that the meeting had ended on a positive note and that Putin also offered his condolences for the deadly suicide attacks that hit Turkey's largest airport in Istanbul on Tuesday night.

A written statement was released later, which emphasized that both leaders had both expressed determination to revive mutual relations and fight terrorism.

The two leaders also agreed to meet in person, Erdoğan's office said, adding that "necessary steps" should be taken to revive relations. The statement said Erdoğan and Putin "highlighted the importance of the normalization of bilateral relations between Turkey and Russia."

Putin said during the meeting that the current situation is to the disadvantage of both Russia and Turkey, emphasizing that both countries had to turn a clean page to overcome the crisis, according to Turkish presidential sources.

President Erdoğan told Putin that, "We intend to take important steps at the bilateral and regional levels. We will further strengthen our cooperation with Russia," reported presidential sources. The Turkish president reportedly said it was "important that we listened to the demands of our peoples."

Later that day the Kremlin also released a statement regarding the call, saying Putin had ordered trade relations with Turkey to restart.

According to the Kremlin, Erdoğan's letter of condolence and regret formed the basis to end crisis between the two countries.

The phone call was Erdoğan and Putin's first conversation in seven months after relations between the two countries hit a low after Turkey shot down the Russian jet.

Turkish jets downed a Russian Su-24 bomber near the Syrian border for violating Turkish airspace in 2015. Turkey provided radar data that the Russian plane breached the border while Moscow insists that the warplane had not crossed the border.