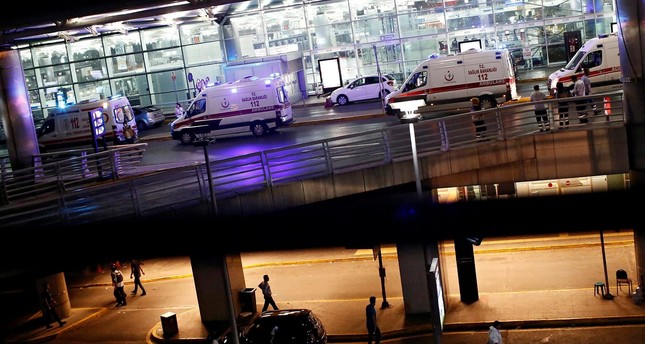 "My thoughts are with the families of the victims, those injured and the people of Turkey'' he said and added that there can be no justification for terrorism.

"Atatürk International Airport, like Brussels Airport which was attacked earlier this year, is a symbol of international connections and the ties that bind us together. Our deepest condolences go out to the families and loved ones of those killed, and we wish a speedy recovery to those injured." Earnest's statement read.

Albanian Prime Minister Edi Rama, who arrived in Istanbul shortly after the attack on the airport for official meetings with his Turkish counterpart and President Recep Tayyip Erdoğan, condemned the attack and offered condolences on his Twitter account. He said that he feels 'deep pity for the innocent lives lost in the barbarous act of those who have neither God or hope nor a place among the people.'

German Foreign Minister Frank-Walter Steinmeier has condemned the attacks, saying the background of the attacks is still unclear, "but everything suggests that terrorists have once again hit the Turkish metropolis."

"We grieve for the victims and with the relatives. We stand by Turkey."

Dalia Grybauskaite, president of Lithuania, wrote "Our thoughts are with the victims of the attacks at Istanbul airport. We condemn those atrocious acts of violence."

United States Ambassador to Ankara John Bass has sent a tweet condemning the attack. "Horrified by tonight's attack at Ataturk airport. We mourn with the families of those lost, and pray for speedy recovery for those wounded," he said.

Meanwhile, the U.S. President Barack Obama was also briefed on the attack.

U.S. Secretary of State John Kerry said officials are still trying to figure out who attacked the airport and what exactly happened.

He said "This is daily fare and that's why I say the first challenge we need to face is countering non-state, violent actors."

U.S. Republican presidential candidate Donald Trump said on Tuesday in response to the attack on the Istanbul airport that the "terrorist threat has never been greater."

Meanwhile, as a sign of solidarity with Turkey, the Mexican foreign ministry building took on the colors of the Turkish flag, red and white. 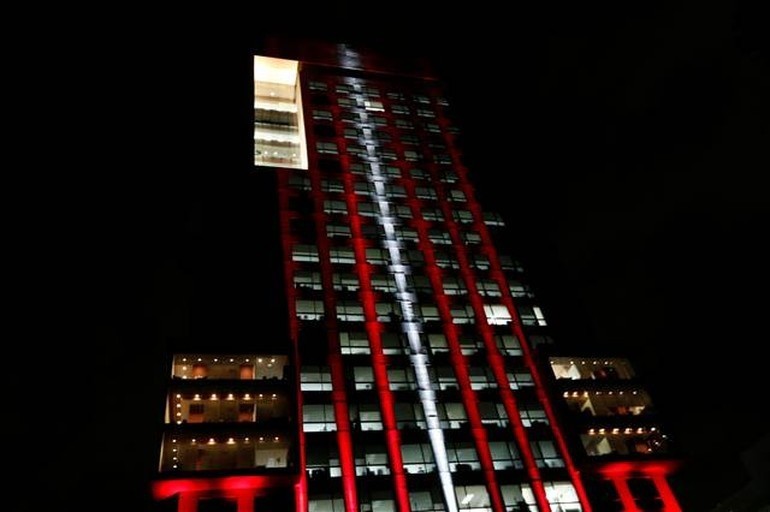 The attackers began spraying bullets at airport guards at the terminal entrance and a shootout erupted before they blew themselves up one by one at around 10:00 pm (1900 GMT) on Tuesday.

Among the dead were 23 Turks, while 13 of them were foreign nationals (with three dual citizens), Istanbul Governor Vasip Şahin said on Wednesday. The foreign nationals include: five from Saudi Arabia; two Iraqis; and one each from Tunisia, Uzbekistan, China, Iran, Ukraine and Jordan.

The airport, one of the largest in the region, was shut for several hours after the brutal attack. Planes had begun landing just before dawn, and the first departures took off in the morning hours, as the airport resumed operations.

President Recep Tayyip Erdoğan urged an international "joint fight" against terror after the attack, the fourth deadly bombing in Istanbul this year alone.