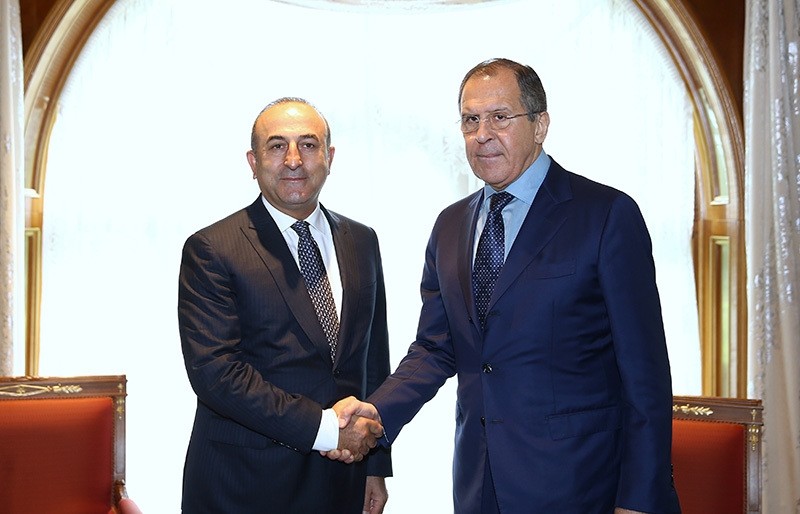 Foreign Minister Mevlüt Çavuşoğlu met with his Russian counterpart Sergey Lavrov in Sochi as part of the Organization of the Black Sea Economic Cooperation (BSEC) meeting on Friday, marking the first time officials from the two countries met since the jet crisis.

Çavuşoğlu said that coordination will be established in Syria between Russia and Turkey. Meanwhile, he also said that President Recep Tayyip Erdoğan may meet with Russian President Vladimir Putin in August, in the Russian resort city of Sochi.

The meeting between the two reportedly lasted over 35 minutes.

"We hope that this encounter will set the right tone for the normalization of relations," Lavrov told the TASS news agency at the start of the meeting.

Elsewhere, Russian air forces continued to hit civilians indiscriminately in Syria even though there have been developments between Ankara and the Kremlin, reports said. It remains unclear whether Russia's stance regarding the airstrikes on civilians in Syria will change following collaboration with Turkey in the region.

Kremlin spokesman Dmitry Peskov said Friday's talks were expected to help pave the way for a meeting between Putin and Erdoğan that could take place either before or at a G20 summit in China in September.

The Kremlin also said that the two countries are expected to hold an intensive series of meetings to normalize relations.