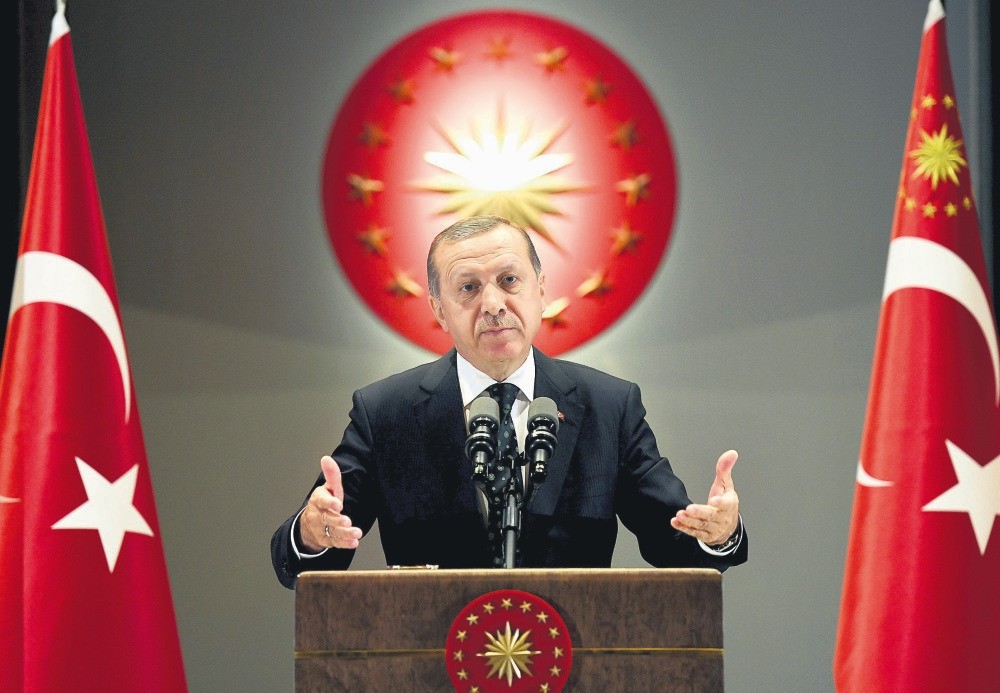 President Recep Tayyip Erdoğan said Wednesday night that steps taken to normalize relations with Russia and Israel are based on a "win-win" principle for all three countries. "We never thought of a one-sided step," Erdoğan said at an iftar dinner in Ankara. All steps taken were "based on the win-win principle," he said. "In other words, both Turkey and Russia must win, both Turkey and Israel must win as a result of these negotiations and agreements." Both Russia and Israel are key trade partners for Turkey and commercial ties suffered as a result of frosty relations.

Earlier on Wednesday, Erdoğan had a telephone conversation with his Russian counterpart, Vladimir Putin, emphasizing the importance of normalizing the relations between the two countries, more than seven months after Turkey downed a Russian Su-24 attack aircraft that violated its airspace despite several warnings.

Erdoğan described the conversation with Putin as "beneficial for both countries."

The Turkish president added he will meet Putin ahead of the G20 summit of leading rich and developing nations, to be held in China in October. In addition, Foreign Minister Mevlüt Çavuşoğlu will meet with Russian counterpart Sergei Lavrov in Sochi on July 1.

Diplomatic relations between Turkey and Russia soured following the downing of the Russian plane, prompting the Kremlin to order sanctions on Turkish food products, an end to visa-free travel and a ban on Russian tourists taking package vacations in Turkey.

Turkey announced this week that an agreement had been signed to normalize relations with Israel, more than six years after Israeli troops stormed a Gaza-bound aid flotilla in international waters and killed 10 Turkish citizens.

Erdoğan said he hoped the deal would "be also beneficial for Palestinians" and that the first ship with humanitarian aid would head to Palestine on Friday.

The president spoke a day after a deadly attack at Istanbul's Ataturk International Airport, and Erdoğan said Turkey would never abandon its goals and ideals, despite terror attacks.

"Turkey's real disaster is not these terror acts, it would be the abandonment of our goals and ideals. These are what we will not abandon. We will not leave our people to face such a catastrophe." Erdoğan expressed condolences to all of those who have died in Turkey due to terrorism, referencing the attack in Istanbul on Tuesday, in which 42 people were killed and more than 230 others wounded by three assailants armed with automatic assault rifles and explosive vests. Turkish officials have named DAESH terrorists as responsible for the attack.

Those who killed innocent victims "had prepared their place in hell" and had nothing to do with Islam, as the Quran says that "killing an innocent person is like killing all mankind," Erdoğan said.

"What was the sin of those civilians?" he asked, pointing out that the victims included Turkish nationals as well as foreign citizens, children, women and the elderly.

Turkey is "passing through a severe test" as "a country that is the target of the world's bloodiest terrorist organizations," said Erdoğan, but he has not the "slightest doubt that we will conquer these terror organizations. Sooner or later, we will get through this."